Russia has long oppressed my Ukraine

Ukrainians just toppled one criminal president, and it seemed like they were going to live their lives in a democratic country. But Russian President Vladimir Putin doesn’t like Ukrainians being democratic. And what he hates the most is Ukrainians being a part of the European Union.

He came up with an idea of protecting ethnic Russians — by occupying the Crimean Peninsula.

Now Crimea will have a referendum with two possible answers: yes, we want to join Russia, or yes, we want to join Russia. Now, Russian forces stationed on the peninsula are not allowing anyone into Crimea, not even international observers or journalists. The military kidnaps local activists, journalists. They take their cameras and computers away. In some cases, Russian soldiers raped local girls, and if someone invited a Russian soldier to stay at their home, they couldn’t get rid of that person. Besides, how would you like an election at gunpoint?

I grew up in a Ukraine that was under Soviet rule. It was not easy to see the truth then. All we had was Soviet propaganda. Being a kid at that time, I couldn’t understand why my great grandfather Dominic Brzezicki, who gave all his land and horses to a collective farm, and became one of its members himself, was then arrested by NKVD (Secret Police) together with two of his brothers, brutally murdered and buried in a mass grave in 1937. Someone decided that he was the “enemy of the people”. My great grandmother Kalyna told me that story many times.

My grandmother Antonina Pasichnyk was five in 1937, when NKVD officers kicked her father with their feet in front of her eyes. Blood spatters were on the walls and on the ceiling of their house. Her little sister, two-year-old Maria, jumped on the officer’s leg begging to not to kick her father, and got few strikes of military boot in her head in response. I couldn’t understand how it was possible. We were living in the best country in the world, according to propaganda.

It was 1991 when Ukraine became independent again. There was euphoria. Oh my God, I was learning Ukrainian history all over again. And it was NOT what they taught us in school. It was something new and exciting – a history of freedom loving people, of Kyivan Rus and Cossack State, of Moscow’s oppression, the 1933 famine, of Ukrainian Insurgent Army heroes, of political prisoners who were only Ukrainian patriots. 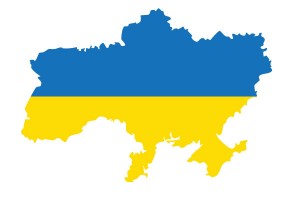 In Nazi Germany, in 1938, two years after the 1936 Berlin Olympics, Adolf Hitler decided to occupy Sudetenland, and annex Austria in order to “protect ethnic Germans.” Then he invaded Poland and that is how World War II began.

History tends to repeat itself. Now we have Russia, trying to annex the Crimean Peninsula from Ukraine and ultimately the Kremlin will do its best to get as much of Ukraine as it possibly can. Putin’s imperial ambition is not curable. In 2005, in an address to Russian political leaders, he said that the collapse of the Soviet Union was the greatest geopolitical tragedy of last century. He wants to have it back and nothing would stop him. His proposed Customs Union, with Belarus and Kazakhstan joining the party, is almost everything he needs. Except, he also needs Ukraine, his crown jewel, which, as many Russians think, is not an independent country but a part of Russia.

Russians rewrote Ukrainian history as their own. Historically, they have tried to wipe out the Ukrainian language and identity. They committed genocide during the Russian invasion in 1709 when major Ukrainian cities were wiped from the face of the Earth and all inhabitants killed; and during Stalin’s 1933 famine, when up to 10 million Ukrainians died.
In their opinion, if a person speaks Ukrainian, he or she is nationalist and a Nazi. If a person loves Ukraine, that person is a terrorist, while the same feelings about Russia and the Russian language are referred to as patriotism.

Now Russia has decided to divide and rule once again.

Ukrainians are joking today: We toppled Yanukovych and got ourselves a free country. But in order to live free in our country, do we have to topple Putin, too?

The Ukrainian leaders who came to power after recent revolution are indecisive. With Russian forces in Crimea they simply do not know what to do. There would be a point when doing nothing might and would be considered an act of treason. I pray they start acting as real statesmen or have enough courage to resign and let others lead the country.

The world is on the brink of World War III now and Ukraine is in grave danger. Putin isn’t counting on one thing, though: Ukrainians are free now. He can kill them but he can’t take their freedom away. And that means that he will never succeed.

Serge Halytsky is a first-year Humber College Journalism student. He was born and raised in Ukraine.