Students seeking a place to make music at North 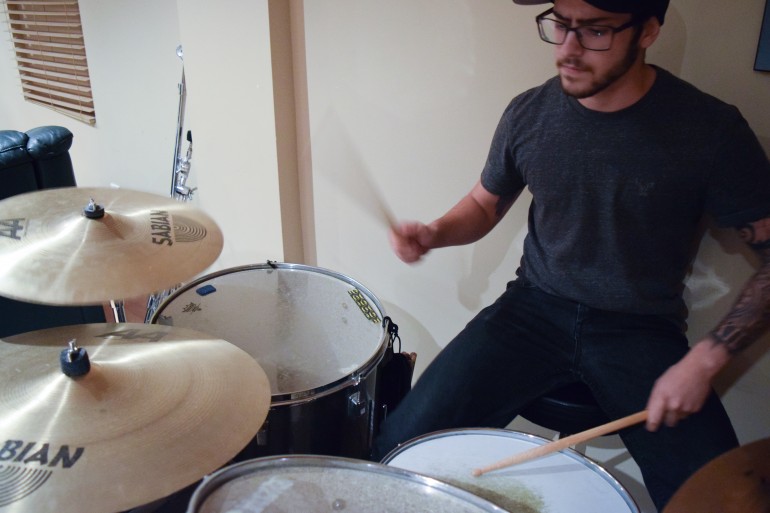 If he’s not twiddling with his drum-sticks, key-chain or playing the ultimate drum solo with pencils, he’s playing the real thing.

Carrano’s favourite time of day is when he can throw off his backpack, grab a fresh pair of sticks and whack all of his frustration into his Pearl drum-kit. The only problem is, between work and school, he doesn’t always have time to practice.

An idea students like Carrano would like is a room filled with instruments where Humber students like himself can collaborate, jam, practice or just sit in and listen during their spare time. The benefits, they say, are endless, not only socially and creatively, but also therapeutically.

“I would love to go on my two-hour break and jam for a bit, maybe call up a friend (to join in) and clear my head,” Carrano said.

College students tend to divide themselves into social groups by course, background, culture or age. Events, clubs, and extracurricular activities help break boundaries, but some like Carrano want Humber North campus to add a space for making music to that list.

“I mean, it’s not the easiest to make friends, but having something in common like a band or instrument makes it a lot easier,” Carrano said.

It could also be a way to network their musical abilities while collaborating with other musicians.

“One of the biggest problems I am having living in the residence is the fact that I’m nervous that I may fall out of practice when it comes to things such as playing drums or piano,” said industrial woodworking student Alexander Arth.

In a Facebook conversation, Ignite Vice President of Student Life, Ammar Abdul-Raheem said he loves the idea of a space for music making and wants to figure out how to make this a reality. As Greek philosopher Plato said, music is for realization of the soul.