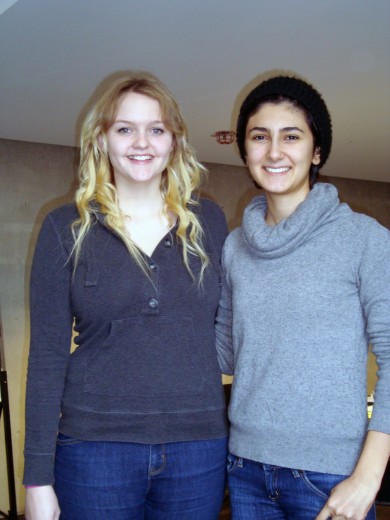 The Female Empowerment Movement Club is coming to Humber’s Lakeshore campus this January to educate students about the injustices females face in society.

This is the first club on Lakeshore’s campus that will engage issues of empowerment, rights and the negative perception of feminism.

“We want to discuss topics around rape culture, violence against women and inequalities that women of colour face,” club president Zarene Sepehripour said.

The club hopes to build a stronger community between females and males by hosting a variety of activities for students.

“We will be introducing yoga and self-defence classes,” said Sepehripour, 20, a first-year creative advertising student at Humber. “We will also have guest speakers come in from different organizations such as Because I’m a Girl Canada.”

“The club will consist of more than just discussions among peers,” said Yulenka Rebello, 20, a first-year creative advertising student and treasurer of the club. “Students who are part of the club will be part of a community, where they can learn how to navigate around tough obstacles as well as give back to the community.”

First-year paralegal studies student Rebecca Battersby, 18, who is the vice president of the club, said they hope to bring awareness to the issues as well as motivate students to let their voices be heard.

“It will show students that they should not be afraid to speak out on everyday problems they may face,” Battersby said.

“At the first meeting, we will be brainstorming ideas on what students want to see us do as a club and we’ll build upon that,” Sepehripour said.

Anyone can join the club and all students at Lakeshore are encouraged to participate.

“It’s a place for both men and women to join and gain knowledge in having confidence in themselves believing that they can make change,” said Sepehripour.