Annual Lakeshorts festival reels in films from across the globe

For the eighth consecutive year, the Lakeshorts International Short Film Festival is coming back to Etobicoke.

The film festival, known more commonly as Lakeshorts, will be held at the Assembly Hall next to Humber College’s Lakeshore Campus from April 20 to 21.

The festival is organized by Canadian actress Michelle Nolden, alongside her husband, producer Chris Szarka. Lakeshorts held its first festival in 2011, and has returned every following spring.

Nolden says the idea of the festival first began while they were working with Lakeshorts Arts, an Etobicoke community organization.

“They had a program on called ‘My Neighbour is an Artist.’ I was sitting on the programming committee during that time,” she said. “I thought ‘we should do a night of short films!’ That would be really fun.”

Nolden says the success of this first night inspired them to make it into something more.

“It was a very small night, the first night, and it was a big success,” she said. “People sort of liked it, and then we went ‘Let’s turn it into a film festival.’”

From those humble beginnings, Lakeshorts has grown into an internationally recognized film festival. Alongside Canadian short films, this year Lakeshorts will be showcasing films from Australia, France, Iceland, and more.

“We’re well over one hundred films that we’ve brought to south Etobicoke over the time the festival’s been running,” Nolden said. 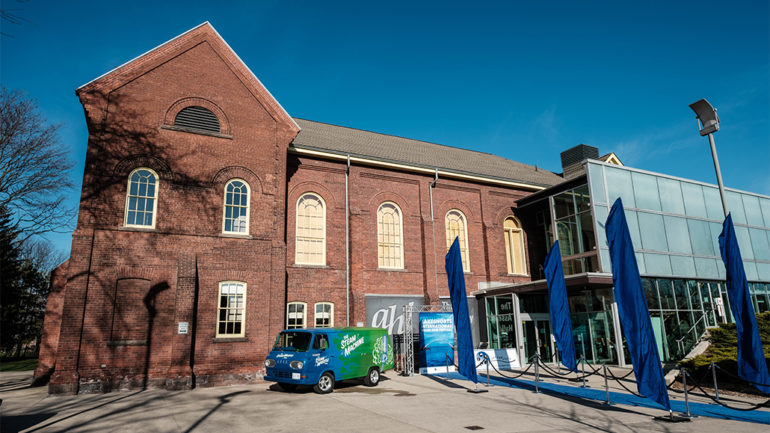 Humber Lakeshore Campus hosted the annual Lakeshorts Film Festival for the eighth year in a row.

Lakeshorts has two nights dedicated to showcasing films. The first night features the “Loved and Local” screening, centered on films made by Canadian directors.

One of these short films is Andre the Anti-Giant, directed by Kim Saltarski, centered around the life of comedian and disability advocate Andre H. Arruda, a graduate of Humber College’s comedy program.

Other films being screened at the festival include Apart from Everything, starring Emmy-winner Tatiana Maslany, and Game, directed by Toronto resident Joy Webster and produced by Ryerson University graduate Lucas Ford.

“We’ll be playing in Etobicoke at [Lakeshorts]… we’ll be on the big screen there too,” Ford said of his short film.

The festival is hosted by film critic Richard Crouse, who has been with Lakeshorts since its first year.

“I think, particularly at the beginning, he brought a real legitimacy to the festival, as a place where the shows were really good” Nolden said. “You knew that you were going to see some top-notch films.”

Though the festival has earned its share of international recognition, Nolden is proud of its local connections, both in the films screened and beyond.

“There’s food, and drink, and entertainment, and everything’s from south Etobicoke,” she said. “It makes south Etobicoke a real destination point, and while its celebrating film, its also highlighting all the different businesses and partners and supporters and community neighbours involved in making it a success.”

Nolden believes the success of the festival is due to the merit of short films.

“It’s a really great date night out,” she said. “If you go to see a full-length feature, and you don’t like it, you’re never going to get that two hours back.