Birth control pills are linked to a heightened risk of multiple sclerosis for young women.

A new study by the American Academy of Neurology shows a correlation between hormones found in oral contraceptives and the risk of developing multiple sclerosis later in life.

The MS Society of Canada describes multiple sclerosis as a complex neurological disease with no cure.

Canada has one of the highest rates of MS in the entire world.

“MS is most commonly diagnosed between the ages of 20 to 40 and more women are affected than men,” author of the study Dr. Kerstin Hellwig told Et Cetera. 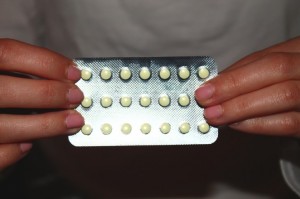 Sarah MacNeil
A new study by the American Academy of Neurology shows a correlation between hormones found in oral contraceptives and the risk of developing multiple sclerosis later in life.

Researchers identified 305 cases of women who have been diagnosed with MS or exhibit pre-symptoms and compared them to almost three thousand others who did not have the neurological disease, according to a news release.

The results found women who had used birth control for over three years had a 35 per cent higher risk of developing MS.

Young women who are obese and use oral contraceptives may also be at a heightened risk for developing the disease, according to a study released in tandem with the original work.

Those who were obese before the age of 20 were twice as likely to develop MS at an older age, Dr. Correale said in a news release.

Dr. Hellwig said young women should not be unduly concerned, despite the findings.

“We only saw a slight association. It is a picture of modern urban women and something else could be causing MS that we did not measure. Women should not change or go off their birth control,” she said.

Catherine McKee, a registered nurse at Humber College, advises that students should visit the Health Centre if they are concerned about their use of birth control. No appointment is needed and walk-ins are encouraged.

The findings will be presented at the American Academy of Neurology annual meeting sometime between April 26 and May 3.