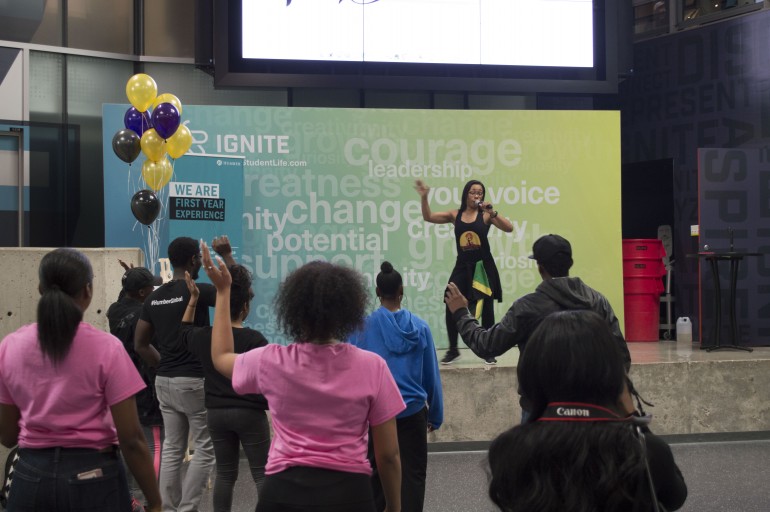 The First-Year Experience (FYE) event capped off a month-long dedication of recognizing the men and women of colour who paved the way for equality.

The coordinators and volunteers of the First Year Experience (FYE) organized the celebration in the Student Centre to involve Humber students in an interactive and educational way.

“Black History Month is about spreading awareness and celebrating diversity, which are two concepts you need to put together,” said Sheena Brown, peer mentor at FYE.

In 1995, Canada officially recognized February as Black History Month after a motion by filed in parliament by the first Black Canadian woman elected to parliament, Jean Augustine, the then MP for Etobicoke-Lakeshore.

“These events are important so we can remember how important we are in the world. I feel like we don’t celebrate this enough,” said Rayanna Escoffery, a co-op student with Humber’s Student Wellness and Accessibility Centre (SWAC).

The Student Centre was filled with posters honouring influential and successful people of colour such as Martin Luther King, Jr., Nelson Mandela, Oprah Winfrey, and Barack Obama. They are described as legendary figures that have advocated and fought for civil rights.

Humber’s event also involved a dance workshop with Shakera Martin, from the Carnival Spice dance company. She had the crowd moving to dancehall music. It is one of the many styles of art that Black culture is known for creating.

“Anything Black history and getting involved with my culture and where I come from and that sort of thing, is important to me,” Brown said.

The celebration of Black History attracted more than 100 students from many different programs and backgrounds. The college strives for inclusivity and commemorating diversity, making every student feel welcome in this institution.