Breen film an ode to Toronto

If you film it, they will come, at least the first couple of times.

Writer and director Gregory Breen learned that soon after launching a crowdfunding campaign for his debut feature film The Long Night last spring. 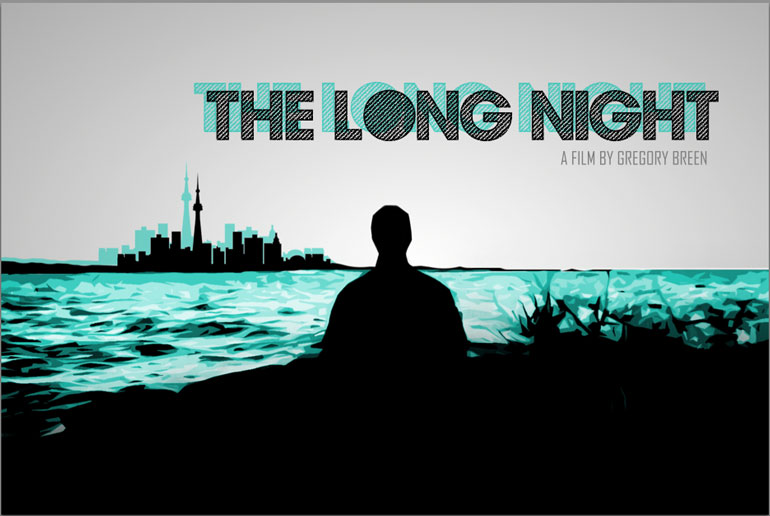 “We crowdfunded my thesis film (Steven Myerschmidt Bites the Big One) and for (my previous short film) Clara. We weren’t hoping for as much money, and it was a new experience for friends and family, so they were way more willing to contribute,” he said.

The campaign to cover The Long Night’s production costs raised just under half its intended goal of $15,000. Despite a significantly smaller budget, Breen and his team managed to pull off their elaborate ode to Toronto with only minor logistical issues.

The Long Night is the story of a young Irish immigrant in Toronto who runs afoul of a local drug lord. He becomes intimately involved with the seedy underbelly of the city as he is sent on a subsequent pickup mission over the course of one night.

“It is a love letter to Toronto, but not a cinematic impression of it like Woody Allen does with New York,” Breen said about the film. “We wanted to show the city we love but also explain its faults.”

An Irish native himself, Breen graduated from both the Film and TV Production advanced diploma program and the Bachelor of Applied Arts at Humber College. Much of the cast and crew had worked with him on previous projects at Humber and beyond.

“Greg has a really great vision. He has a real gift for translating something from paper to screen,” said actress Cheryl Poirier who plays the lead’s Canadian cousin in The Long Night and co-hosts a podcast with Breen called Explicit NonSense.

“(Film) is a collaborative medium by its very nature,” Breen said of working with great people in the process of bringing his vision to screen.

“If I weren’t interested in that kind of collaboration, I’d be writing novels or something.”

The Long Night also marks the first feature film for his co-executive producer and editor Rob Freeman, who is immersed in the post-production process.

“It was a stressful three weeks of shooting. We compressed 11 locations and 15 shooting days (into a short period of time),” said Freeman.

Freeman said, however, the challenges of the process are part of what makes filmmaking a unique experience.

“If it were easy, everyone would be doing it,” he said.

The Long Night is currently in post-production with a limited release expected this summer.