Things were looking up for Canada in the ‘70s. The era saw women joining the Royal Canadian Mounted Police for the first time, the Human Rights Commission was created, capital punishment was abolished and the last part of the CN Tower was finally erected.

In Uruguay, the ‘70s painted a different picture – a horrifying collage of extreme repression and military dictatorship. An Amnesty International press release outlined torture as a common method of interrogation during an investigation in 1973 and the country became known as “the torture chamber of Latin America.”

As Canadians were enjoying increasing human rights and picturesque views from the CN Tower, Uruguay was in absolute turmoil.

One country was moving forward while the other moved back. One moving toward liberation and the other oppressed – the politics not even in the same realm of comparison.

As history writes, the welfare of countries is often tumultuous. But, by the books, Canada should be steadily moving ahead. We are a wealthy nation, a lucky nation.

So why does Canada live in the past when it comes to marijuana laws?

Uruguay recently became the first country to nationally legalize the cultivation, sale and consumption of pot, and they are fine-tuning the regulations as we speak.

Here you can get a criminal record for just having the stuff.

How did a country that was gripped by a totalitarian government just a few decades ago manage to legalize marijuana before anyone else?

José Mujica, a former guerilla fighter who was shot six times by police during the reign of the military regime, spent 14 years in prison, donates 90 per cent of his income to charity and lives on a farm.

Canada’s Prime Minister Stephen Harper lives in a “house” with 34 rooms and would rather give a kid with a dime bag a criminal record than end the war on weed. 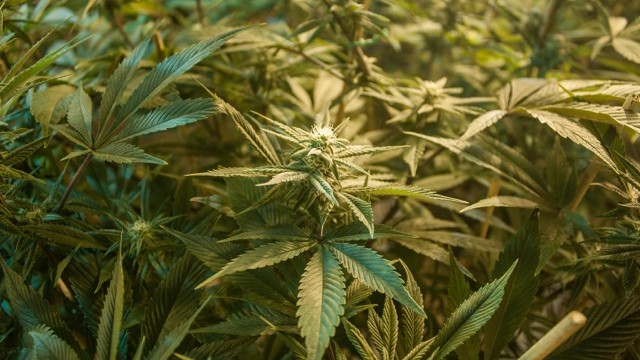 What’s interesting about Uruguay’s process is that the pressure for legalization came from the top. A survey by Uruguayan polling firm Equipos Consultores found two thirds of the population was actually opposed to the legalization of marijuana prior to the law passing.

Comparatively, a poll conducted last week by Forum Research found that 70 per cent of Canadians said they wanted legalization or decriminalization

Despite popular opinion, Mujica forged ahead and did what he thought was right for his people. Theoretically, legalization will decrease drug trafficking by introducing the biggest competitor in pothead history – the government.

It works like this: every toker over the age of 18 who wants to buy legal pot has to register with a government database. The system allows Uruguayans (non-citizens cannot register) to either grow up to six plants themselves, buy a maximum of 40 grams per month at a pharmacy or form clubs with other people allowing them to grow up to 99 plants for personal use.

Canada’s attempts to decriminalize weed look pathetic in comparison. Our buds of hope were cut down twice in the past ten years. In 2002 under the Liberal government of Jean Chretien, a bill to decriminalize possession for personal use was introduced, which would have made possession punishable by fine.

Nothing ever came of it.

An identical bill to decriminalize was reintroduced in 2004 by Paul Martin’s minority Liberals, but it too went up in smoke.

All was pretty much lost when the Harper conservatives took over. Not only was decriminalization no longer up for discussion, the Conservatives made the laws tougher. In 2012 the Safe Streets and Communities Act legislated a minimum jail term of six months for growing at least six plants.

You know what happens when you grow six marijuana plants while registered in Uruguay?

You get really high, for really cheap, and nobody goes to jail.

But there is hope for the future. With federal elections coming up soon, Liberal party leader Justin Trudeau is the man to beat Harper. In a recent interview, Trudeau said the Liberal party’s plan is to legalize and regulate the sale of marijuana in order to protect the developing brains of youths while simultaneously allowing adults to make their own informed decisions.

“Our current approach is not protecting young people. On top of that, it’s funneling millions of dollars every year into the pockets of criminal organizations and street gangs, criminalizing a large number of people who don’t deserve criminal records, and bogging down our police and justice system,” said Trudeau.

Statistics Canada found 81 per cent of youth drug violations in 2013 involved the possession of cannabis.

Even the police are fed up, continuously faced with the decision to either turn a blind eye or lay formal charges, which can lead to a criminal record. Indeed, the Canadian Association of Chiefs of Police has repeatedly recommended a ticketing process for limited posession

Heading straight to legalization is probably not a viable option for Canada, but decriminalization would be a great start and Trudeau is the man to do it.

As President Mujica said, “the sad part is that an old man who is almost 80 has to come and propose a youthful openness to a conservative world that makes you want to cry.”

The shifting of government opinion and policies about marijuana is painstakingly slow in this country. Just when a flicker of hope sparks up it is shortly blown out by conservative naysayers who don’t see that cracking down on marijuana users does more harm than good.  Even in the intensely anti-drug police environment of the U.S., two states have now legalized cannabis use and more will have the question on referendums this fall.