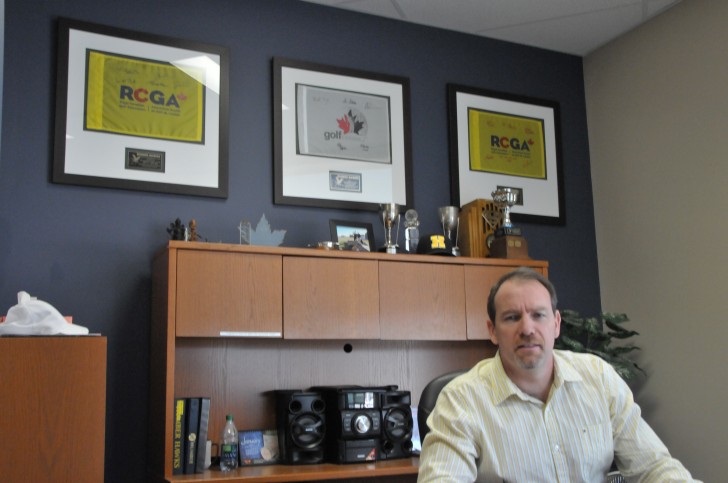 Ray Chateau has transitioned into the role of athletic director for Humber Athletics, filling a post previously held by Doug Fox.

This fall, Hawks teams were awarded medals in every sport, including championships in men’s and women’s golf, men’s soccer, men’s rugby, and women’s fastball.

Chateau said the shift into his new role was smooth.

“I’m very happy with the transition. It was good timing,” he said, adding the role is one he always saw himself assuming.

Chateau said that Fox’s mentorship allowed him to understand the role before the move.

“Philosophically, Doug and I are the same,” Chateau said. “We share a responsibility to offer athletes the opportunity to win and be successful (on the playing field), and to be successful in the classroom.”

The biggest challenge for the first-year athletic director has been managing the number of events Humber College has taken on, he said.

Taylor Hutchinson has played volleyball at Humber for three years. She says the sports program has remained strong through the move.

“The transition to a new athletic director hasn’t affected athletics from what I’ve noticed, our teams are just as strong,” said Hutchinson.

“The biggest thing he’s allowed is operations to continue as they did in the past,” he said.

Bialek has worked full-time at Humber for 33 years, spending most of his career with Fox as athletic director. Bialek said the ease of the takeover is because of how tightly Fox and Chateau had worked at Humber.

Now that Chateau has taken over, Bialek credits the personality of Fox’s successor for easing the move.

“He has his own way. He’s very cut and dry, very decisive and very goal oriented,” he said.