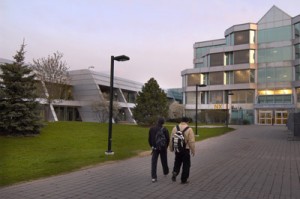 The data, which was released Jan. 20, indicated an increase of nearly five per cent in first-year, and full-time programs. Enrolment in these programs increased to over 125,000 students.

President and CEO of Colleges Ontario Linda Franklin, said the increasing number of enrolments is a strong indicator that students want career-focused programs, which is important as the province’s economy is hurting due to a mismatch of skills.

“A lot of the people who are looking for work don’t have the qualifications to fill positions that are available, even in this difficult economy,” said Rob Savage, communications director of Colleges Ontario.

The Key Performance Indicators released by the province showed that nearly 84 per cent of college graduates found work within six months of graduation, even during the height of the recession.

The rise in popularity of colleges and the qualifications offered may be due to the amount of field experience students receive over most university programs.

Program classmate Fitz-Ann Howell, 20, said she likes to learn by practising in the classroom instead of sitting through lectures.

“College is not like ‘oh, here’s all theory for four years and maybe you’ll get a job’,” she said.

Vera and Howell, both admit they like the teaching structure in college because it’s more hands-on.

“College programs are actually developed hand-in-hand with employers and with the labour market to address the actual skills that are needed in the workforce, whereas a university education provides a broader, more theoretical knowledge,” he said.

Savage sees a change in attitude towards the value of college education and college programs. Epp agrees with the notion.

“I think there’s a greater understanding at the public level,” Epp said. “There’s a lot more acceptance from that side of the student’s choice to go to college first.”

He added there’s been a 40 per cent increase in the number of university graduates applying to college.

“You’re actually able to train and put a person into a career much more quickly through the college sector than you can with the university sector,” he said.

Due to this wider understanding of colleges and their importance in the Ontario labour market, he expects to see enrolment numbers to continue to rise.