With the rise of social media, cyberbullying has become an increasing problem amongst today’s youth. As evidenced by the recent deaths of Amanda Todd and Rehtaeh Parsons—two Canadian teens who committed suicide after being exploited and harassed over the Internet—cyberbullying can have lethal consequences and should be treated seriously.

The Harper Government has vowed to do just that.

On Nov. 20, the federal government unveiled Bill C-13, the Protecting Canadians from Online Crime Act, to combat cyberbullying and criminalize the nonconsensual distribution of private images.

On paper, this seems to be the solution we’ve all been waiting for: To serve justice for the victims of cyberbullying.

However, with the recent senate scandal, the Conservative government has come under increased scrutiny, and many are now questioning its priorities. Bill C-13 is now being interpreted as an omnibus bill—one with a hidden agenda that could transform the Canadian government into Big Brother.

Cyberbullying comprises only a portion of the 53-page bill. The rest of the focus falls heavily on monitoring the telecommunications of ordinary Canadians to supposedly help detect illegal access to the internet and cable services. The monitoring measures would also assist police in cracking down on organized crime, fraud, terrorism and hate crimes. 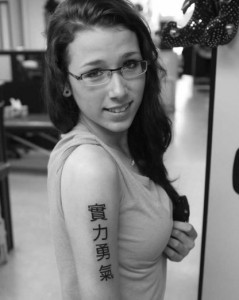 These issues seem to be unrelated to the bill that was introduced on anti-bullying by federal Justice Minister Peter Mackay.

At face value, Bill C-13 is a blatant revival of the controversial Bill C-30: Lawful Access Act that was struck down due to public outrage. Public Safety Minister Vic Toews proposed the amendment, also known as the Protecting Children From Internet Predators Act, to the criminal code in 2012. The act would have forced internet providers and mobile phone carriers to present upon request a customer’s contact information and IP address to authorities without the need for a warrant. Ironically, Toews is most famous for his negligent retort to Liberal MP Francis Scarpaleggia, stating that he “can either stand with us or with the child pornographers,” after Scarpaleggia questioned the intentions of the Conservative party. Bill C-13 is undoubtedly a carbon copy of Toews’ amendment which was used to bully the Liberals.

The growing epidemic of cyberbullying should be a sufficient cause for an act of its own. The government’s ulterior motives at play here could negatively affect the public’s opinion on the importance of the anti-cyberbullying cause. Bill C-13 is standing in the way of progress. This is in no way justice for victims like Todd and Parsons, whose memories are now being exploited for political purposes. They were once robbed of their privacy, and the same may soon happen to all Canadians.

Bill C-13 is more smoke and mirrors from the federal government. As an overtly convoluted piece of legislature, perhaps this was its intension from the onset.

It’s important for those who abuse the privacy of others to be apprehended and this bill seemingly has the potential to do so. If an individual publically posts or distributes an intimate image online of another person without their consent, they could be imprisoned for up to five years. This form of “justice” may be problematic. Social media websites like Facebook or Twitter have proven that photos are often posted accidentally or otherwise carelessly on a daily basis.

Regardless of the touted purpose of Bill C-13, it deserves the same critical analysis and wariness that Bill C-30 was subjected to. Despite living in a free country like Canada, Todd and Parsons were denied their right to privacy. Let’s prevent it from ever happening again by taking the time to read the fine print now.