Electronic bikes could be the future of students’ transportation 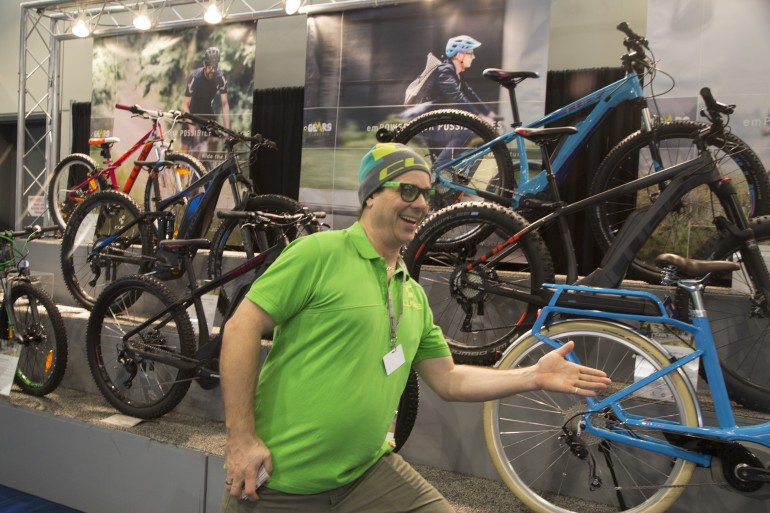 When it comes to pedaling, a lack of awareness discourages students from using electric bikes, said a Humber alumni working in sales for a Toronto-based e-bike company.

Celovsky Greg, a Humber graduate of technology from 1990s, said he remembers transferring onto three buses each trip while traveling a few kilometres from home to Humber College North every day. It would take up hours a day.

But Greg said the electric bike is not only healthy and affordable option for Humber students, in some cases reducing travel time, but it also reduces carbon dioxide emission and provides a healthy environment.

“E-bike covers 120-km distance on a single charge, depending on different factors, the charger is small that you can carry in your bag pack, and some of the bikes have Global Positioning System,” he said.

Currently, e-bikes reach speeds of up to 30k/hr and don’t need licensing.

“The e-bikes are much cheaper if you compare them with a monthly bus pass for a year, and it also produces less emission,” Greg said.

There are 10 bicycle parking racks conveniently located around North campus.

Finding parking at the Humber’s North campus is difficult, and it’s not cheaper. An eight-month student pass, costs from $290 for the off-campus lot at Queen’s Plate Drive near the Woodbine Centre, to $578 for a pass at the seven North parking lots.

“There are not enough parking spots at Humber’s North campus,” Greg said. “Some days if you are late the nearest spot you will get is at the Woodbine Centre.

“Getting an e-bike can save you on parking,” he said.

Chetna Verma, a first-year computer and network support technician student, commutes three kilometres each way with a bicycle between campus and home. She finds it convenient, but no bicycle lanes around the campus bring discomfort to her journey.

“It’s convenient, I don’t have to wait for the bus or spend money to buy a monthly bus pass, and I always get a spot at the nearest bike rack, but mostly the problem is weather, and there are no bicycle lanes around the campus,” she said.

The Humber Sustainability Office is working to reduce traffic around the campuses and promote environment-friendly transportation for the students and campus visitors.

The Dropbike program, which is a Toronto bike-sharing start-up, is one of the initiatives taken by the Sustainability Office to promote increased use of bicycles as an alternative to vehicles.

Users download an mobile app that shows available bicycles and gives a code to unlock the bike for $1 per hour.

“We wanted to have an easy and affordable way for students to bike around campus, that’s one of the biggest driving factors to get the bike share program, but also because the price was so attractive,” she said.

Greg said demand for e-bikes in Ontario is getting better, but the province needs to provide incentives, such as rebates to e-bike users similar to the support it gives electric car buyers.

He said rebates are being offered in Europe and e-bike sales soared there in the past seven years.