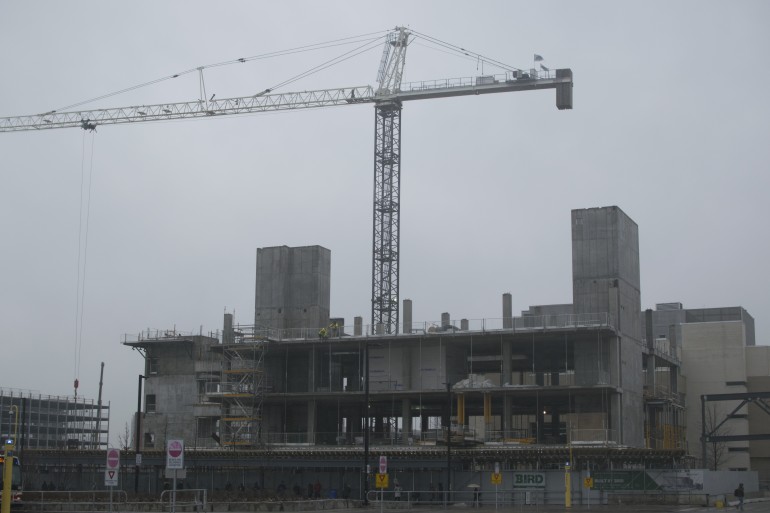 An automation manufacturer and Humber announced a five-year training program to prepare students and workers for the burgeoning AI economy.

Festo Didactic Inc. and Humber signed the deal on Jan. 26 that provides for the installation of a cyber physical factory, also known as a “smart factory” that connects manufacturing systems to cloud technology.

It’s the first smart factory in English Canada, the announcement said. It is to be housed in the Barrett Centre for Technology Innovation (CTI), currently under construction at North campus.

The deal also enhances science, technology, engineering and math (STEM) outreach programs for Ontario youth through innovation and internships, says the college and the company.

CTI is being built with funds from the Barrett Family Foundation and support from the federal government’s postsecondary institutions’ Strategic Investment Fund.

“This (the CTI) is a bold new attempt by Humber to look at different models, that these will be non-traditional classrooms, non-traditional laboratories, but still learning spaces,” said Darren Lawless, Dean of Applied Technology.

Lawless said CTI labs will house prototypes of industrial robots and machinery that the students get to work on. Companies will be able to demonstrate and showcase new technology and encourage hands on learning.

Through this agreement, Humber will become the exclusive postsecondary partner for Festo’s training courses in the Greater Toronto Area.

The partnership addresses the skills gap between industry needs and educational programming, the announcement stated. It is designed to help students and employees of advanced manufacturing companies with skills, training, professional development and certification initiatives.

Humber students could benefit from internship opportunities in automation and manufacturing at Festo’s headquarters in Germany. They could also find work at Festo’s Customer Interaction Centre in Toronto.

The CTI’s collaborative approach will reduce research and development costs and risks, making it easier for companies to pursue innovative ideas and technological advancements, Lawless said.

“Students have to learn everything about it. They have to learn the skills that relating to the systems itself and how to make that system smart so that it can communicate with each other,” Mohammed said. “They need to have a strong background in IT so that they can understand how a system will communicate with another system.”

He said CTI is a place where industry can work on new problems using the resources of students, faculty and other members of the industry to solve creative things.