News Reporter
The Ontario government has made universities and colleges in Ontario free for students from low-income families or independent students, making it more affordable for the middle-class.

More than 210,000 post-secondary students in the province, about one-third of all full-time students, will have the cost of college or university covered this year. The new system provides more generous grants and loans to students in need, in effect covering the cost of tuition for students whose family income is less than $50,000.

Half of the families earning less than $83,000 will also benefit.

The policy has been greeted warmly by student bodies and teachers across Ontario.

“I think it addresses a core issue and the issue is that post-secondary education was not accessible to everyone,” Maja Jocson said, president of the Humber College student government IGNITE. “The solution they came up with was this change, and I want to make sure that we’re all ready for it.” 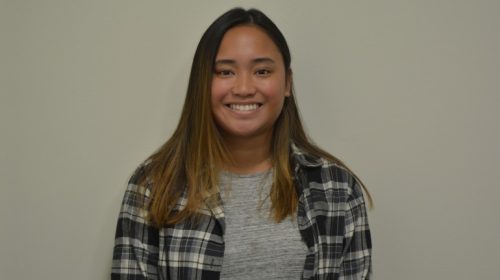 Maja Jocson, IGNITE president is happy with the changes in OSAP and considers it to be the first step in the right direction. (Sunny Bains)

Ingrid Anderson, Ministry of Education spokesperson, said the government is consolidating a number of OSAP grants, including the 30 per cent off Ontario Tuition Grant, the Ontario Access Grant, Ontario Child Care Bursary, Ontario Student Opportunity Grant and the Ontario Distance Grants, as well as the Ontario tuition and education tax credits.

Several student loans and grants have been merged into a single program called the Ontario Student Grant (OSG), while OSAP applications are up by 10 per cent, with 50,000 more students applying this year.

Anderson said in an email that about 13,000 Humber students receive OSAP and of those, 10,000 are receiving free average tuition.

Applications from Indigenous students rose by 36 per cent and from mature students by 28 per cent, with a 20-per-cent increase in applications from those applying to universities, according to a ministry statement.

“From my experience, I find that students usually have to balance their financial commitments in the form of part-time work along with their academic commitments at school,” Ramdas said. “If the policy relieves students of some financial stress then students can focus more on performing well in school.”

The office of Deb Matthews, Minister of Advanced Education and Skills Development, said the new system will be more accessible but cost taxpayers roughly the same amount, $1.3 billion.

Some tax breaks have been eliminated, Anderson said in an email interview. Parents who received tax breaks on their children’s education expenses and students who worked while attending school and got tax credits for their tuition will no longer receive those benefits, she said.

“The new OSAP is largely a result of OUSA’s long-standing advocacy to reallocate tuition tax credits to upfront OSAP aid,” said alliance president Andrew Clubine. “Tax credits were originally intended as financial aid to students but were ineffective and largely benefited students from wealthier families (and often parents, not students).

“It is a more effective, efficient and equitable approach to providing aid to students,” he said. “I’m excited to see the program roll out this year.”