Ganja yoga brings puff of cannabis to the mat 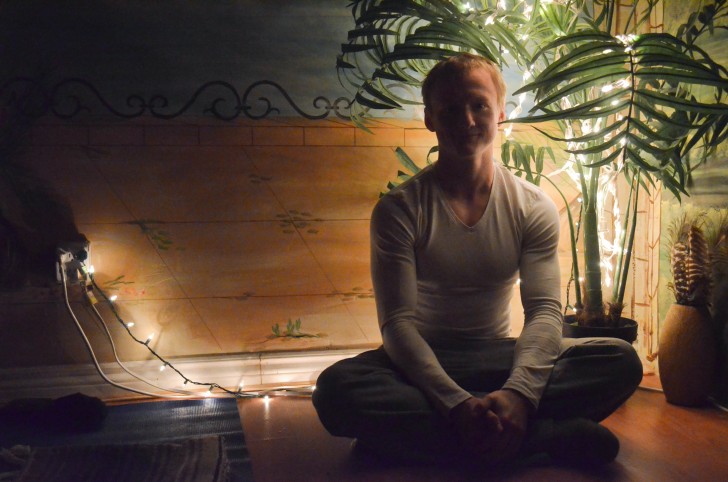 Janie Ginsberg
This studio had all the workings of a typical yoga class, but there was one thing that separated it from the rest – vaporizers.

Soft chanting music played and the aroma of incense filled the air as students toting yoga mats filed into the dimly lit room.

This studio had all the workings of a typical yoga class, but there was one thing that separated it from the rest – vaporizers.

The House of Yoga, attached to the back of High Times headshop on Bloor Street West, holds cannabis friendly classes six days a week.

“It was a whole different vibration, I could forget things about my life and just be in the present moment with the power of cannabis,” she said.

“(Students) are going deeper into the poses…forget whatever you have outside and the cannabis just makes you here with your body and your breath, you feel more,” Pancini said.

Tom Nunno, 20, is a university student who has attended ganja yoga up to three times a week for the past two months.

“If I had to boil down in one sentence what I love about ganja yoga, it’s community,” Nunno said. “It’s that everyone here is a part of their own journey.”

Pancini customizes her class to suit the needs of cannabis-influenced students in order to avoid injury.

“I have to adjust my class. I cannot do headstands, for example, that would be dangerous,” she said.

Orlando Batista, a yoga instructor at the downtown studio The Yoga Sanctuary, does not share the enthusiasm for ganja yoga.

“If you choose that you want to have that experience and poison your body while doing yoga to see if it takes you to another place, that certainly is a choice,” Batista said, “but I believe it should be done with the awareness.”

Humber College yoga teacher Elaine Cerro said that she is undisturbed by the creation of ganja yoga.

“I’m not surprised because there is always somebody looking for a new angle. I tend to move through life with non-judgment, so my opinion is if it doesn’t harm anyone then why not?” she said.