The role-playing game Magic the Gathering may need some wizardry of its own to survive.

The loss in revenue can be partially attributed to the strong U.S. dollar, though other toy companies, such as Mattel Inc. are also facing losses in revenue as children are opting for gadgets and tablets.

In the nine months this year, revenues in the Games Division dropped four per cent to $810.7 million from $841.4 million in the first nine months in 2014.

While Hasbro is bemoaning the results in the real financial world, collectors and players delve in the role-playing world and live in the collectibles market. Not unlike the stock markets, the value of individual cards can range from pennies to thousands of dollars.

“It really comes down to, are you keeping it fresh for your clients and are you relevant within their game,” said Jordan Van Hezewk, 23, an employee at A and C Games on Spadina Avenue in Toronto.

“With Magic, when you cycle cards out, you push them into other bigger formats,” he said. “You’ll still be able to use them and play competitively. If you can’t, your monetary value goes down.”

Magic keeps a list of those who play the game competitively for cash prizes and bragging rights.

German Magic player Bud Kai holds the number one spot with a collective earning of $378,220.

Cards like Black Lotus can sell for up to $27,000 on eBay, while the Power Nine set can cost a couple of thousand.

Other cards such as foils, full card art and planes walkers range from $5 to a couple hundred.

“I could quit Magic 10 years ago and come back today and say that my card still has some value,“ said Jordan. “Maybe not as much as before, maybe five times as much.”

As gamers move towards digital formats, Magic breaks the mold and remains more popular in its physical form.

“They’re behind on their online stuff. They don’t offer any extras and it’s not easy to learn like (online game by competitor Blizzard) Hearthstone,” said Blair Nokes, 26, a Humber pre-firefighting service student.

“They can get there though, they just need to restructure” their online games, he said.

When a game has a community as large as Magic, it’s hard to base its total value on industry numbers alone.

“I don’t think it’s better than video games. It’s different. It’s getting rare to play a game with your friend that lets you interact with them,” said Nikolas Kneeshaw, 27, a business administration graduate.

“They offer a different niche of entertainment than video games,” he said in a Facebook message. “It’s getting more and more rare to have a game you can play with your friend that lets you customize and interact with them.”

As long as people use their imagination, only time can tell if Magic will run out of Mana. 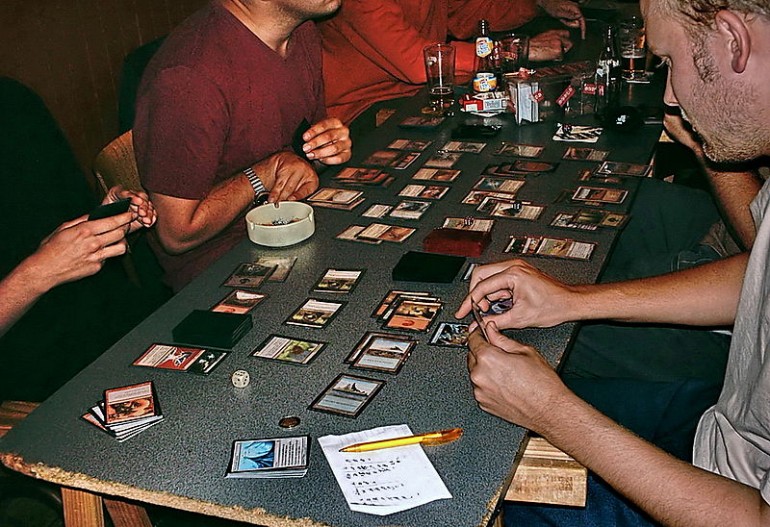