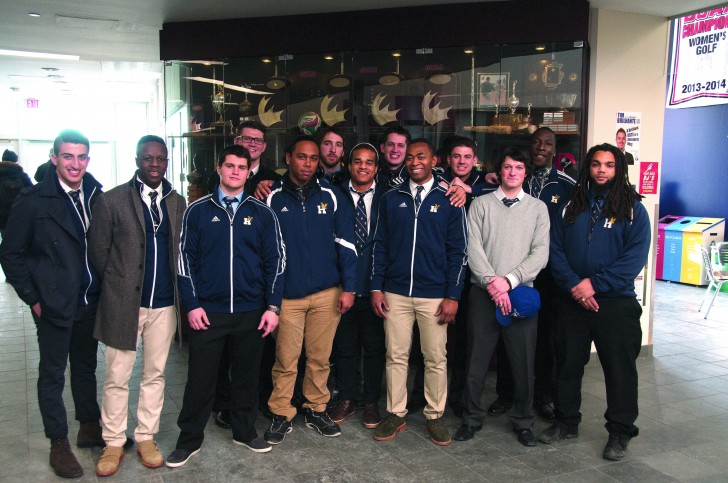 The Hawks, who went undefeated in OCAA action, were to begin play in Langford, BC last Friday with action to be completed yesterday.

The Hawks will have a slightly different look, as “sevens”  is a different style of play with seven players on the field and a different game length than the OCAA’s standard “15s.”

“(Sevens) is more open and faster than 15s,” said Humber prop and OCAA player of the year, Jason Rice, who will not be attending the tournament as he is more accustomed to 15s style of play.

The Hawks’ fast-paced and physical style of play makes the transition to sevens a fairly smooth one, according to Hawk’s half-fly, Gregory Giliauskas, who is in his fourth year of the criminal justice program at Humber.

“We have physically capable players like Justin Tota, Zamour Johnson, and Joseph Ginsberg who have unbelievable acceleration to beat any player,”  said Giliauskas. “There are guys like Graham Dewar, Jason Chuck, and Zautautas who are big physical guys who like to hit and run over people.”

Rugby sevens has recently been adopted as an Olympic sport and the main purpose of the trip is to get Humber players seen on the national stage, explained head coach Fabian Rayne.

“These are the best athletes in Canada playing rugby right now.”

The Hawks’ competition features mostly university teams, with their first game of the tournament being against defending champs University of Victoria.

“Half of their roster are guys that play for (Team) Canada,”  said Rayne, referring to U-Vic.

“We want to be able to bring some respect to our school and show we aren’t just a small college playing with all the big schools,”  said second-row player Graham Dewar who is in his third year at Humber in business administration.

“I think we’re going to surprise some teams out west,”  said Rayne, who credits Humber Athletics’ willingness to provide gym time and resources in the winter months for much of the Hawks’ success.