It’s only April but the Humber Hawks softball team is training now for its playoff schedule in the fall, as well as hosting open tryouts for this year’s squad in August.

“The past two years we broke our program record for wins in the regular season two years in a row, then we get to the playoffs and can’t win games 25 and 26,” Bowles said.

“It’s up to me to bring in the athletes that, when we get to games 25 and 26, are willing to put their boots in the sand and get ready to fight,” he said.

Bowles is heavily involved in the recruiting process right now, with about 14 girls returning. The team is looking to carry 20.

“There are spots open,” he said. “The girls on the team now know their spot is open, and it’s up to them to fight for what’s theirs.”

With six potential spots available for this years team, it is recommended any players wanting a spot on the squad should make themselves available to attend as many workouts and training camps as possible.

“The people coming in next year better get ready to work hard, because next year we’re going to win,” said third-year outfielder Kate Kostuch.

With the tryout process occurring so close to the season start date, Bowles advises hopefuls to show up in playing shape.

“We’re looking at players that can come right out of high school and perform at this level, which is actually really hard to do,” he said. “The biggest difference between a freshman and a college athlete is that the collegiate athlete has been lifting for an entire year, whereas most high school athletes aren’t.”

Although the team already has its eye on a couple of prospect recruits, they encourage girls to show up at the tryouts.

“Sometimes with the recruiting process, you miss,” Bowles said. “We’ve been really blessed with a lot of really good walk-ons.”

Similar to any team, the Hawks are looking for an individual with a wide range of tools that can be applied to the team to generate overall success.

The Hawks are looking for someone who can hit, throw and run well and most importantly, someone with a solid softball IQ who has the will to win.

“Those are just the talent based things,” Bowles said. “The other thing we have to consider is the type of athlete we are getting.”

Being a team player is just as important to Humber’s softball program.

During the recruiting process, the coaches keep an eye and an ear out for everything on and off the field.

Bowles is a firm believer in the apple not falling far from the tree, so keeping that in mind, he pays attention to the athletes’ parents in the stands as well as the players out on the field.

“When you’re recruiting, you hear a lot in the stands and that kind of turns you off from a certain player, especially when you find out that player is connected to that parent,” Bowles warns. “You’re starting to figure out well, ‘am I going to have to deal with that?’”

A talented team player with high character values is the ideal addition to this years team.

The Hawks softball team has had a good regular season record, but can’t seem to make it through the playoffs.

“We’ve got some business to take care of this year, got some crucial games to win that we haven’t won in the past years so I think it’s time to get in gear and get going,” said first-year outfielder Hannah Koziolek.

This years goal is to win games 25 and 26 in October, then win two more after that to make it to the championships.

“We just really need to work hard this year, we’ve had a tough couple of years in the past so we just got to push through and fight and we got to just be better, as Duaine says,” said second-year outfielder Kyra Gay.

Bowles and the team are looking ahead and they’re looking to win.

“I think if we didn’t have two bad innings, so four bad innings in the past two years, we probably would have won the championships and that’s what we’re looking for with the girls that are left and with the girls coming in,” Bowles said.

The problem for the team in the past was being unable to rise when the pressure hit.

Bowles is looking to improve his playoff record up as head coach and thinks he will be able to do it in 2020.

He said while 2019 will be a year to build up talent, he expects 2020 is going to be a big year. The talent pool is small this season and “a lot of teams are targeting the same players,” Bowles said.

He said the 2020 recruiting class looks large, so this year will be used to continue breaking program records and to set the tone for the 2020 season. 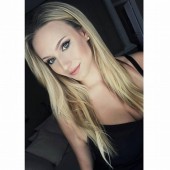 For soccer players the beautiful game has a scary side