Hooking up is easy to do, thanks to new apps 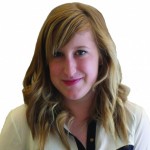 Are dating-based smartphone apps like Tinder superficial or are we actually one swipe away from true love?

Tinder is a free app available for IPhone and Android users.

Totally unlike other online dating sites, Tinder users don’t write long profiles about their ideal date, the men or women they hope to meet and where they would be typically found on a Friday night. Instead, they have the option to write a quick blurb about themselves, but it is their photos that take centre stage here.

Tinder presents itself in a game format, and the rules are simple.  Swipe yes if you find the person attractive, swipe no if you do not.  Along with the photos may appear a bio written by the user; any similar interests the two users share, which are linked directly from their Facebook account; and any mutual friends.  While the user is scrolling through photos, so are multiple other users. In the event that two users both swiped yes to each other, it’s a match, and a conversation automatically starts between the two users.

It’s not a pure hookup app like some which merely align people attracted to each other’s photos for a sexual encounter — but users aren’t looking for a wide range of compatibility, either.

Unlike other dating sites, Tinder doesn’t allow users to message other users unless it’s a match.  Because of this the app has become very popular among young single women.  Through other dating services women can find themselves at the end of a barrage of unwanted advances. Popular blogs like OkCupid are really not okay, with women often receiving all kinds of inappropriate messages.

However, as previously stated, Tinder is also a very appearance based dating app. Other apps and websites allow and encourage users to give information about themselves, hopefully prompting other users to read and see if they have similar interests.

Tinder isn’t alone in the fast connection game though. Grindr, geared towards gay, bisexual and bi-curious men, has been around since 2009. Similar to Tinder, Grindr users can view pictures, but also have the option to let others see where they are located, advancing the likelihood of interaction.

In apps like this the first interaction between users is almost solely based on their physical attraction to each other. Which begs the question, how can they be used for anything other than an initial superficial draw that will fizz out almost as fast as it started?

Tinder should be used exactly the way it presents itself, as a game.  A game that will do nothing more than boost your ego, or keep you busy during a long car ride or perhaps a wait in a doctors office. With this attitude, users can have mindless conversations with others who live 15 kilometres away, all the while knowing very well in the back of their minds it all started due to nothing more than a physical attraction and good lighting.