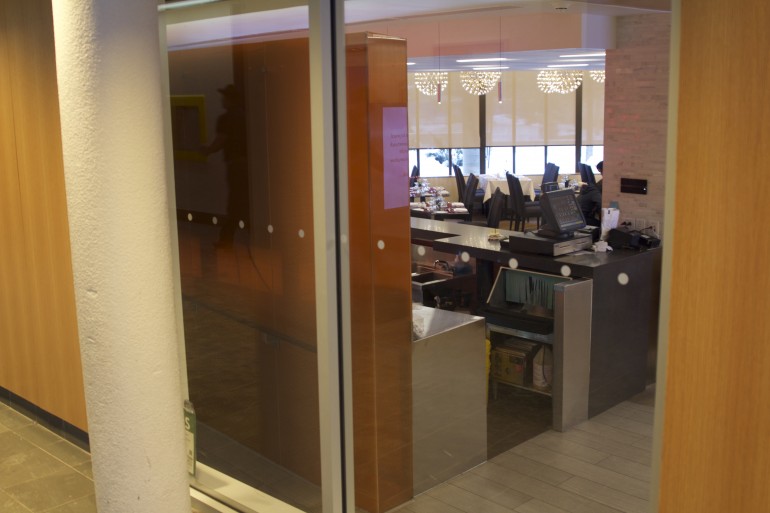 He says it was the training he got at Humber that helped him to become one of the many success stories to come out of Humber’s Hospitality and Tourism Management program.

After graduating from Humber with an Advanced HTM diploma in 2006, he worked extremely hard in multiple areas of the Hotel in order to get recognized.

The hands-on courses and co-op placements separate the Humber HTM program from other College and University programs across Canada. Most students do two or three separate co-op placements during their schooling.

“Humber was very hands on, it was very local. They were adamant about getting co-ops at restaurants and hotels around the GTA,” said Schmid.

He completed three separate co-ops during his education, including a stint with Hilton National Sales.

At 30-years-old, Schmid finds himself at the very top of his Hotel’s food chain. The General Manager title is not an easy one to attain, but he got it through hard work and dedication.

Shmid says to get there, people have to work hard and show their worth. Someone in the right place will notice, and promote you.

Kristy Adams, Hospitality Management – Hotel & Restaurant Program Coordinator says that one of the main reasons she came out of industry and chose to work with Humber is because of the excellent internship and co-op programs, which ultimately allow graduates like Shmid to excel in the industry.

“We’re partnered with over 700 companies and organizations within Canada,” said Adams. “We reach out to the employers, they post opportunities on our portal and the students apply online. It really sets them (students) up for success once they’ve graduated.”

The program also allows students to attain a number of relevant certifications, including Smart Serve, the Ontario Tourism Education Council service excellence certification and the international wine certification, just to name a few.

Adams says the program’s specified hands-on courses allow students to see what a job in the industry is really like.

“Students get a full semester of labs to learn different computer systems,” said Adams. “They learn how to use the property management system, how different hotel reservation software works, how to put in rates, check guests in, how to check them out.”

“We have classes where we manage airline booking systems, such as Galileo. The faculty are all genuine people and I love the program overall,” says Quiros.