With the Toronto International Film Festival wrapping up last Sunday, and Humber’s North campus being home to the highly competitive film and television production program, many students wouldn’t be shocked to discover links between the two.

Humber film and television and production graduate Jeff Reynolds remembers his time in the TIFF spotlight. In his second year of the program, Reynolds and his classmate Dan Laera were given an assignment to create a documentary. Together they aimed to make a film about something that they both loved: wrestling.

Reynolds said they wanted to make a real movie and that this documentary was going to be more than just a school project. Pretty Dangerous was directed by Laera and produced by Reynolds. The documentary follows professional female wrestler Seleziya “Sparx” Esho and how her obsession with the sport not only strained her body, but her loved ones as well. Pretty Dangerous was nominated in Canada’s Top Ten Festival last January.

Reynolds said Humber was very accommodating when they pitched their film to their teachers. Humber even helped the two filmmakers submit Pretty Dangerous to the festival.

“We’ve had opportunities after the festival to work on different projects and we had the opportunity to meet a lot of people (who are) a part of the Canadian film scene,” Reynolds said. 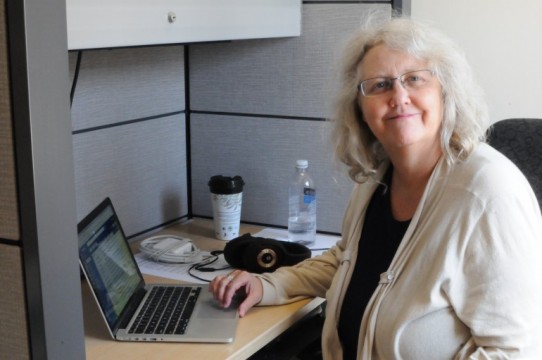 Coman, had the idea to create a festival combining both of her interests: film and faith. She pitched the idea of having a panel at this last edition of TIFF in which students were able to start conversations about spiritual, religious and culture issues through their movies.

The event included screenings of movies by six post-secondary and secondary-school students. The students were able to show their films to an audience of their fellow classmates and to bring awareness to important issues.

Her film Dundas Street, a story about a Polish woman’s struggles as she immigrates to Toronto, was shown to movie lovers in several countries including Poland, Germany and England before being shown during Higher Learning.

Bohdanowicz, who was inspired to make Dundas Street after reading a poem written by her great-grandmother,

She says that Humber film students looking to follow in her footsteps should focus on finding the message they want to send to viewers and be persistent with it. She believes that it shows in the work when filmmakers are not passionate about what they’re making.

“Honestly, sometimes getting your movie nominated is all about luck and timing. It all depends what the programmer likes and is feeling that day,” Bohdanowicz said.

Bohdanowicz encourages filmmakers to look at previous festival nominations before they submit their film. She believes if a panel has nominated a particular type of film, it is likely that they will do it again.