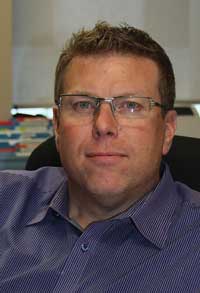 According to Prime Minister Stephen Harper, the terrorist threat at home from the militant group ISIS, which claims to be carving out an Islamic caliphate in Syria and Iraq, is high. Some 30 Canadians are thought to have been involved in extremist activity abroad and to potentially pose a threat back home.

Is Humber College prepared to deal with it?

He doesn’t see the college being able to do anything specific regarding terrorist activities, or terrorist threats, however.

“The threat is just too remote and too vague for us to do anything specific about it,” Defacendis said.

“The way we do security and protection on the campus – we do all hazards kind of thing. Terrorism is just one piece to the puzzle,” Kilfoyle said.

Public Safety has a good security posture on campus. They are trained, they have emergency procedures and emergency communications, he said.

“Are we prepared for imminent attack? No one is. All we can do (is) work with law enforcement on the intelligence aspects,” Kilfoyle said.

Public Safety said it is monitoring activities on campus, such as radicalization. They also have security staff that monitors social media.

“Humber College takes safety of staff, students and faculty very seriously,” Kilfoyle said. “We have security plan; we have over 600 surveillance cameras on campus, we are doing everything we can to be on the top of threats that may occur. And we deal with them s they presented to us”

As for the Humber community, most people at North campus feel safe.

“I guess you can feel unsafe anywhere, but I’m trying not to be paranoid about things like that,” said Continuing Education secretary Sandra Bardwell.

“I think there’s more (protective measures) going on than we see,” Bardwell said about Humber’s security. “So I feel safe.”