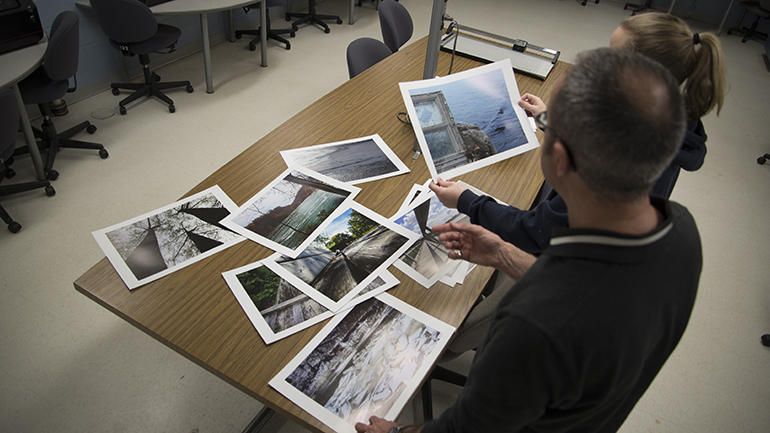 Humber College will host a memorial event in honour of Nicole Turcotte.

The 22-year-old creative photography student died in hospital after a horrific Jan. 27 crash on the QEW near Cawthra Road.

The posthumous showcase is scheduled for April 4 in the atrium of the Learning Resource Commons. In keeping with his promise to Nicole’s family, the initiative has been led by the creative photography program coordinator, David Scott.

”[We want to] celebrate her life by having a show of pictures in the coming months,” Scott said. “So, we’ll put together something that we can exhibit some of her prints.”

He had help with the planning and preparation of Humber College support staff and photographer Chantal Denne.

Turcotte’s files were sent to the school’s photo lab and were printed this week.

While looking at the prints for the show, they held up her photos and discussed the different themes and how she composed the images.

Hasnain Dattu, one of Turcotte’s photography teachers, said his recollections of Turcotte paints a picture of a “friendly young woman” who finding her footing and developing her passion for photography.

“It was a pleasure to see her grow from the first class she had with me,” Dattu said. “Timid and quiet to the last class I had with her, where she moved around the studio with confidence and strength.”

The five-vehicle crash also left six others injured, one critically.