A nerve-wracking silence pervaded the stadium as the Sheridan Bruins needed six runs on the last ball to prevent Humber College from winning the tournament, but Zafar knew how to prevent a sixer.

Roars and clamours erupted from Humber’s end of the gym. Supporters and other team members ran across the pitch to embrace each other and bask in their victory.

The final match of Humber’s extramural cricket tournament with the Bruins had its share of twists and turns.

Humber won the toss and bowled first. The team with its pace bowlers and sharp fielding restricted the Bruins to a minimal score of 31 runs in five overs. However, the path to victory wasn’t smooth for Humber. The Hawks fell short of one run, which led to a tie.

The only way forward was a super over. A super over, also called a one-over eliminator, is a tie breaker. Both teams bowl one over — six deliveries — and the team to score higher wins the match.

Humber batted first and scored 10 runs. However, Sheridan’s batsmen failed against Humber’s bowlers and were only able to secure a low of four runs. 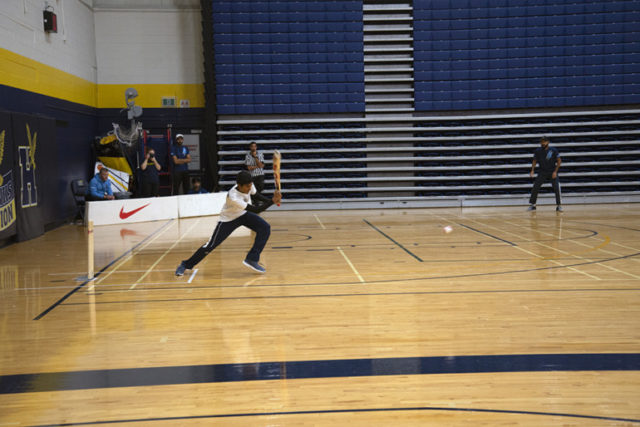 “This victory meant everything for us. This showed that my team was a good team as a whole,” said Taqi Ahmed, head coach of the Humber cricket team. “Everyone came forward and performed their best.”

Zafar said the team were prepared for anything.

“We planned things according to every single game and went step by step,” he said

Krutharth Shah, captain of the Humber Lakeshore team, said Humber North was like an unbeatable team.

“Their batting was decent but their bowling line up helped them win matches,” Shah said.

He said one of his biggest challenges was to form a good team, after which everything else followed. Humber has high-level tournaments coming up and this victory has boosted the team’s morale.

“The team’s plan after this victory would be to work on the player’s batting skills and expand the team to play higher level games, but for now I’d rather take the day off,” Zafar said.