Campus clubs restart their drive for new members, after the strike

Silly or serious, student clubs at Humber College are an important part of campus life.

But the development of 50 different IGNITE-backed groups at Humber and at the University of Guelph-Humber were set back by last term’s five-week faculty strike. Their business of bringing students together was cancelled during the work stoppage.

After the strike, clubs and students alike felt the acute need to socialize and belong. To that end, IGNITE hosted a club fair in late January to entice students to join a group, which range from eating dessert, to watching sports, to playing and developing games, to religion.

Huy Pham, a first-year student in the electrical engineering technology control systems program, was so busy with school work that he felt he no longer had time to enjoy his hobbies.

“I like anime, but I have not spent a lot of time watching them,” Pham said. “I also like games, but I rarely have time to play those. I like Dimension W and Sword Art Online. I used to play League of Legends, but when I got here, I stopped playing games.”

Members of the Humber North League of Legends club, which celebrates everything about the online game, were also disheartened by the strike.

“Last year, we had the strike, so we weren’t able to kick it up that much,” said club Vice President Willem Claassen.

“Now we’re hoping for something much better and something new and fresh.”

The League of Legends club meets once a week where they host casual tournaments. They also have a professional team as well, and sometimes club members go up against other university and college teams vying to see who’s the best.

“We compete, we talk, we play. It’s all just part of the community, and just to have fun,” Claassen said.

Vice President of the Anime Club North Brandon Lo understands the need to socialize and have fun, too, as he recalled a past cosplay event.

“The event helped other people come out of their shell, not be afraid just to show who they really are,” Lo said.

Aaron Burden and Johnathan Main, both third-year students in electrical mechanical engineering, joined Table Tops, a club where anybody can just show up and join in on an afternoon of board games, including Cards Against Humanity, Monopoly, Yu-Gi-Oh!, Uno and even a few versions of Munchkins. The club welcomes players of all levels.

“We have people in there who’ve played the games multiple times, know the rules really well and they’re more than happy to teach new people,” Main said. “The more the merrier.”

Samuel Bujold-Bouchard, in his second semester of game programming at Humber, joined the Game Jam Squad, where he gets to create games. The development of a game can span anywhere from 48 hours to a couple of months.

The squad brings together people with different skill sets, including programmers, artists, sound and audio experts, writers, and designers.

“We’re mostly programmers, so [the games are] not pretty. The sound isn’t really good and we know people that are like, ‘Yeah, I can draw very well, but I can’t code.’ So if we combine everyone’s skills, we can make actually really interesting projects with that,” Bujold-Bouchard said. 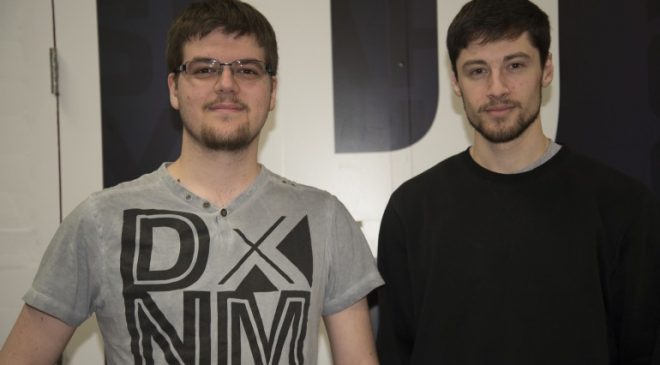 The squad went to the Global Game Jam, which was hosted by Humber last year, where they created a game in a little over two days. During the college strike, they worked on a game they completed in just five weeks.

Humber’s Dungeons and Dragons Club has always been busy, yet also felt the need to have students socialize and feel a sense of belonging.

“A whole bunch of people surrounding a table having adventures and challenges… It’s a great way to take your mind off your school work and more importantly, meet new people and have a great time.”

The club has about 10 Dungeon Masters this semester and 15 games going on at a time.

“It’s a great experience,” Beyle said. “The best part for me is honestly not even playing or ‘DMing.’ It’s just watching the reactions of people when they find out they die.”

A new club is d’LUXe, which is focused on self-worth, size acceptance and body diversity.

“Whether you are a double zero or a size 40, everyone deserves a safe space to grow and learn and to become the best person that they can be,” said club member Sheena Brown.“We got IGNITE’s approval in September, and the strike set everything back.”

She hopes to get a Zumba instructor to come in and teach the club an entire dance exercise section this semester.

Michael Buchner promotes fitness regimes, too, but at the Exercise is Medicine on Campus club.

“We’re trying to inform students on campus or people that join our club that there is other stuff you can do to stay healthy. You don’t need to go to the gym, you don’t need to be a gym freak,” Buchner said.

The club hopes to host a swimming pool class or a CN Tower climb. In the past, members have participated in Humber’s annual five-kilometre run.

The Humber Sustainability Club hopes to get students more interested in sustainability practices. One project that they are thinking about is getting a ban on plastic water bottles across campus.

“We started last term, but with the strike, things kind of slowed down. It was hard to gain any traction,” said Ankit Joshi, a first-year civil engineering technology student.