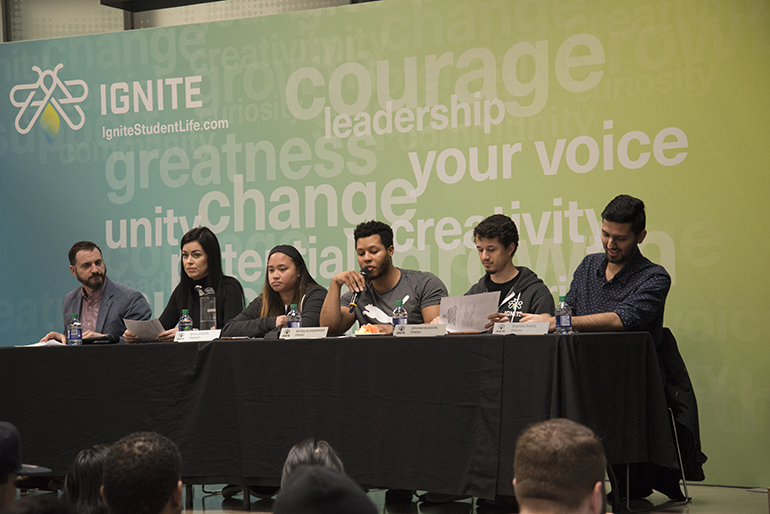 Humber’s student government passed an $11.13-million budget for the 2017-18 fiscal year this past week.

IGNITE hosted its Annual General Meeting at North campus  which was streamed live to Lakeshore campus to also pass its working agendas and ratify the results of the 2017 IGNITE elections.

The budget document failed to provide exact explanations of spending and allotments but rather relied on broad strokes in explaining how IGNITE spends its budget.

IGNITE is seeking feedback from students regarding the upcoming “Next Level Project,” which is expected to be approved on April 11 by out-going IGNITE President Maja Jocson. The project is created to help Humber students achieve success in student life, personal life and future life, she said at the meeting at the Student Centre.“For us to get to this stage, we had to reach out to a vast number of students, we try to focus on what students are telling us,” Jocson said. “And if we’re wrong this is the time for you to let us know that.”

She said the “Next Level Project,” once approved by IGNITE board, will be running for the next three years and she encouraged Humber students to interact with the project and with the work of IGNITE.

“Our first priority is to support you to get the most value and experience as a student,” said Ercole Perrone, executive director of IGNITE.

He said the project will help students’ life on campus to be more affordable by capitalizing on students’ tuition, textbooks and academic materials and parking.

Perrone promised to make students’ campuses more “enjoyable and comfortable.”“We support your growth as a person, the areas we are going to prioritizing are health improvement and financial security, making food and housing more accessible,” Perrone said.

The third priority of the project is to prepare students for their life “after college/university.”“We’re here to help you develop your personal and professional skills,” he said. “We help you access to paid internships and job placements.”

“We estimate the revenue of the approximately $11 million which is based on the student body membership of approximately 32,000 full-time students,” she said. “The IGNITE revenue is, primarily, from students’ fee so we take our responsibilities very seriously to make sure this revenue invests back into students’ life.”

Perrone said the expenditures were divided into six categories, which are governance, administration, events, services, communications and capital.

“The majority of this fund is for supporting students’ wellness, more flexible health and dental coverage,” he said, explaining why services accounts for the biggest amount of the operating budget.