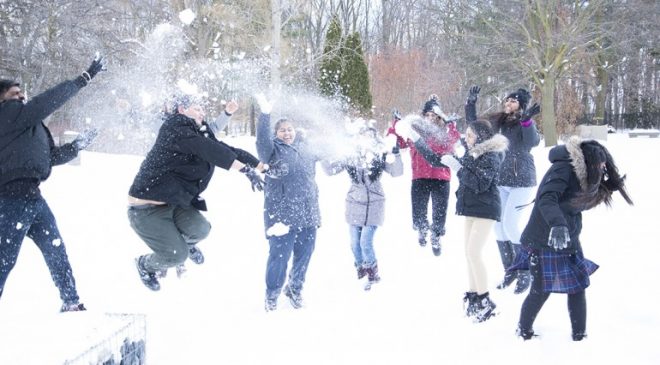 A group of international students play in the snow in the Humber Arboretum after a week of heavy snowfall. (Tillana Desai)

The average Canadian is so used to the snow that more often than not, it is associated with inconvenience, discomfort and struggle.

For Humber’s international students getting their first look at snow, wind chill, frostbite and freezing temperatures means life without a heater doesn’t exist.

When the entire city, province and country cover themselves in layers, a bunch of first-year international students refused to be cowed down by the snow.

“It seems like someone has waved a magic wand over the city” said Vishwa Pujara, a Humber fitness and health promotion student from India. “Its my first month here and I am totally loving it.” 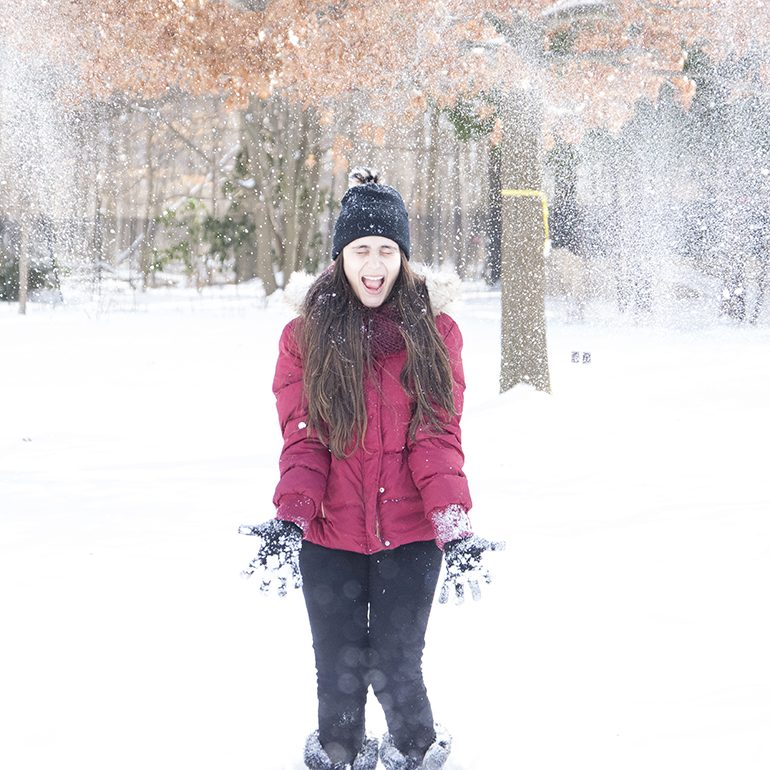 “It seems like someone has waved a magic wand over the city” said Vishwa Pujara, a fitness and health promotion student from India. (Tillana Desai)

The temperatures most students from India are accustomed to often reach 50 C. However, they still tend to prefer Canada for higher studies despite the climatic difference.

“Canada is the first choice for most Indian students because of the snow,” Saloni Zaveri, Manager, GEPSI Immigration firm based in Mississauga.  “The cold is a welcoming change for those who have never seen anything below 10 degrees.” Sachin Dudhara, an IT student, was thrilled that the myths associated with snow were proved wrong.

“People were expecting me to have issues wading through snow like it was some kind of flood water with poisonous snakes,” Dudhara said.

During Christmas week, the temperatures dropped to a point where they broke a 26-year-old record. Parts of Canada were almost as cold as the South Pole and Mars, according to the Weather Network.

Phorum Vashi, a Humber fitness and health promotion student, had to wait a couple of weeks before she could actually experience snow first hand.

“It may sound silly but I have never seen snow before in my life,” Vashi said. “I have been mostly indoors during the holidays. First, I had the flu, then I was at work. I was waiting for a chance to experience first-hand snow.” 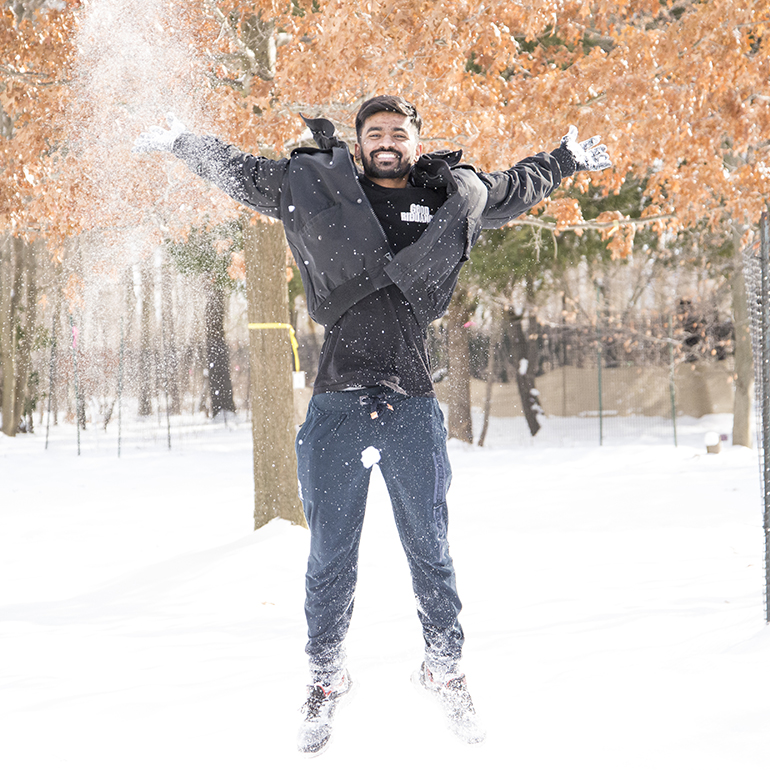 International student Sohil Diwan said he was pleased that he had made it thought his first winter without getting sick. (Tillana Desai)

Sohil Diwan, her classmate, was luckier dodging the wind chills and said he somehow managed to remain flu-free for these months. He is now looking forward to making a snow man, with “an orange for a nose.”

Nidhi Raval, who was left with a numbness that refused to leave her palms after touching snow with her bare hands, said she braved the cold without a jacket, acting on a dare.

Humber’s picturesque arboretum was filled with delighted squeals of these enthusiastic students playing around in the snow, falling, waddling and throwing snowballs as they celebrated Christmas with families.

While shivering through one of the coldest winters Canada has seen in the last few years, a handful of Humber first years showed happiness can be found anywhere, even in the frigid days of the year.