The recent announcement that Google has purchased Nest Labs Inc. for $3.2 billion has hatched speculations about the potential of an industry trend called the Internet of Things. Internet of Things is object-hyperlinking, or the implementation of a digital identity to a physical object. Eventually, sensors will be embedded in everything from clothes, devices, appliances, doors, lights, and even cars, says a Consumer Electronic’s Association report. 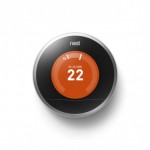 Nest Labs makes thermostats and smoke alarms that learn from user behaviour and can be controlled online. The popularity of smartphones and tablets has driven the idea of monitoring and controlling things using these devices as interface, according to the CEA report.

“The iPhone was the real first usable Internet device,” said Robert Plateck, CEO of SensorSuite, a Toronto based Internet of Things startup.

“Now the next wave is that things themselves are getting connectivity to the Internet.” Humber teaches students the foundation to build smart devices to control sensors, said Kelly Gray, educational assistant at the School of Applied Technology.

The microcontroller boards used to make such controllers are inexpensive and the software for it is free.

“It is a matter of playing with it,” Gray said. Security, however, is too often an afterthought, he said.

Many cheap wireless baby monitors in the market are like having a microphone in a house. Anybody with a device to receive the same frequency could potentially hear what the baby monitor picks up, said Gray.

“There are some privacy concerns,” said Kevin Ramdas, professor at Humber’s School of Applied Technology. He said companies could potentially track someone’s behaviour and location. 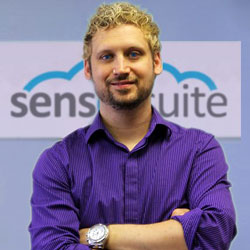 “We are gathering lots of data, but we are not using it to track users,” Plateck said, referring to his company’s B2B products. “We are using it to optimise a building’s energy usage.”He said hardware designing was a niche, but useful, skill to develop for students.

Back-end programmers with knowledge of mobile and cloud programming would be very valuable to his company, said Plateck.

“The Internet of Things will be a huge developer’s market,” said Ramdas. “The programs here at Humber are doing a good job of preparing students.”