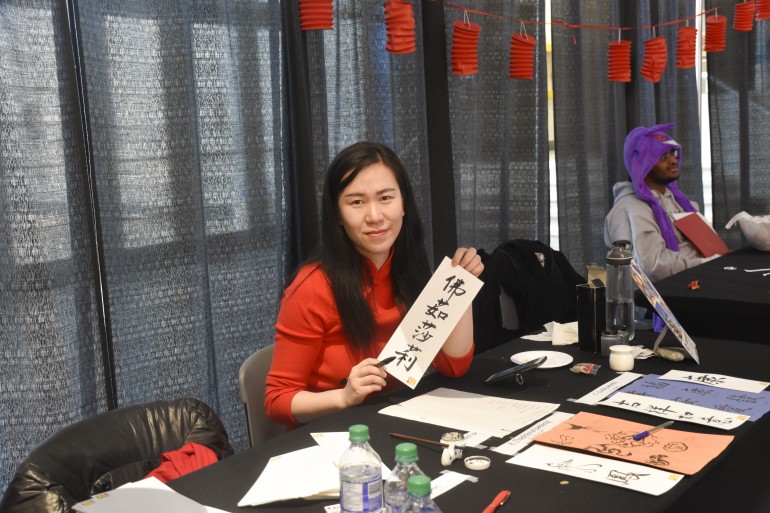 Meaghan is not from China but had been practicing medicine in South Korea for seven years. “While practicing in South Korea, I realised the importance and effectiveness of this form of medicine. Traditional Chinese diagnostics cure your body from the inside. It is a form of internal cleaning,” Kleovoulos said.

Lantern making and fan painting was one of the top attractions. People swarmed in groups at these tables. “It was really a remarkable experience to attend this event. I never thought I would make a lantern in my entire life,” said Karan Balasubramanian, third year Business Management student.

“Harmonizing to different cultures is really important in a college with such a great diversity. Celebrations should not be boxed, festivals are something which get people together,” Balasubramanian said.

One of other counters was that of Jiyu Ren, 36, a Humber graduate in Global Business Management.

“Chinese is one such script which is as beautiful as calligraphy. People here came to me with tremendous excitement to get their names written in Chinese,” Ren said.

Ren had been a journalist with a provincial newspaper in China 10 years ago.

“As a journalist, I understand the miscellany of this city. I obtain great pleasure by teaching students Mandarin, Folk dances and multicultural cuisines,” Ren said.