Life-saving Naloxone kits will be available on Humber campuses soon 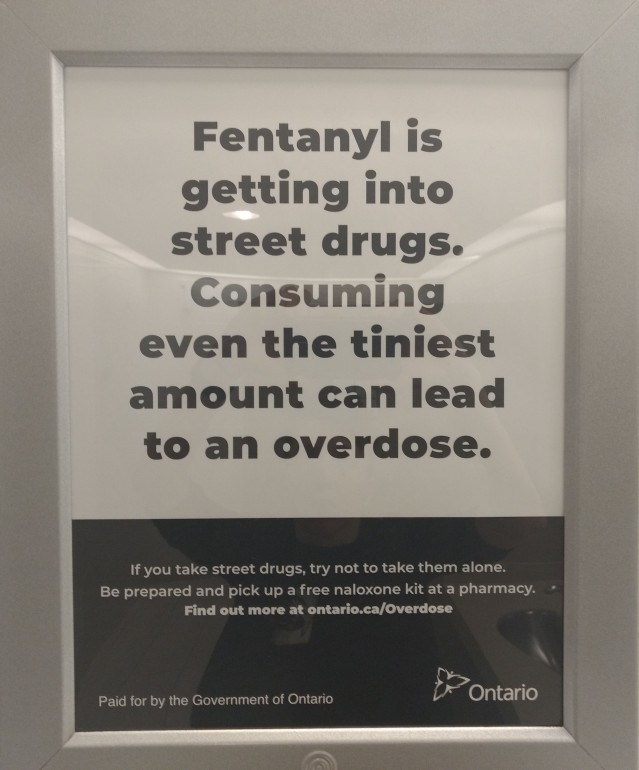 Humber College students can soon expect Naloxone kits to be available on campus to prevent opioid overdoses from becoming fatal.

The opioid crisis is becoming a growing concern throughout Canada. Fentanyl deaths have increased by 285 per cent in the last 25 years.

According to statistics from various provincial agencies, 2,500 people have died in opioid-related deaths in 2016.

With the exponential growth in deaths, Naloxone kits have been introduced to a number of Canadian institutions like high schools, fire stations, bars, colleges, universities, and pharmacies.

Humber College, however, is not one of them but there is a plan to change that very soon.

Jacqueline Anderson, Humber’s Associate Director of Wellness and Development, said the college has been working this year to have Naloxone kits available.

“It takes a very small amount [of fentanyl] to do a lot of harm,” Anderson said.

“Right now, we are working with our community partners to have our opioid response policy that would include having kits on campus,” she said.

Susan Carr, a British Columbia school trustee, told Humber News in October 2017 she has been advocating for the lifesaving tool known as Naloxone to be introduced in schools across the country.
“This isn’t getting better this is getting worse,” Carr said about a fentanyl crisis that has plagued the nation.

The school trustee said there are minimal negative side effects even if you give Naloxone to someone who hasn’t overdosed.

Ryerson University is one of the many institutions that have made Naloxone available over the last 12 months. The kits are accessible to students who work for Ryerson’s Equity Service Centres.

Corey Scott, Ryerson’s equity and campaign organizer, said Naloxone injections have fewer side effects than even the most basic lifesaving practices.

“What a lot of people confuse this with is giving drugs to addicts, it’s not standard drugs it’s actually saving a life,” he said. “Within our training, they cover what the harm is, which is nausea and a headache.

“If you compare this to CPR, where you could break people’s ribcage, it’s on a whole different scale,” Scott said.

He said the kits weren’t implemented to encourage students to be heroes and the training received is knowledge students can use to react to an overdose with more confidence.

It’s still not clear if Humber will adopt similar strategies as Ryerson but an answer can be expected soon.

“As soon as we have our plan in place we will be reporting that out to the community,” Anderson said.

Naloxone kits are available for free at various locations across the province.