Manning’s post-season keeps him from the greats 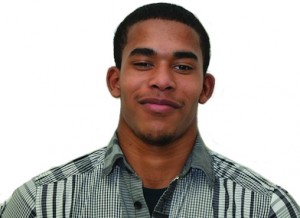 Peyton Manning looked dejected as he watched the MetLife Stadium clock count down. It was his chance to avenge his post-season demons, and become the first quarterback to win a Super Bowl with two different teams.

The National Football League’s best offence against its best defence was supposed to provide a spectacle that fans would talk about for years to come. A record 112 million viewers in the U.S. witnessed the mind-boggling outcome as Seattle Seahawks manhandled the Denver Broncos, showcasing the maxim that ‘defence wins championships’.

The Seahawks’ defence was remarkable. They disrupted, bullied, and tormented Manning into another post-season disappointment. In fairness, solely blaming Manning for the Broncos debacle would be harsh, considering the entire team’s shambolic efforts.

I opted to take in the media’s perception of Manning’s performance. Reporters and game analysts are paid big bucks to assess performances at this level, and provide fans unbiased, yet fair critiques. However, none of these things were present on Super Bowl Sunday night.

Banter from the experts focused only on Manning’s legacy and excellent pass-completion rate with little acknowledgement of his two interceptions, and identical performances in previous losing post-season games. The loss triggered an identical feeling to Manning’s previous shortcomings against the New Orleans Saints, San Diego Chargers, and the New York Jets. Manning isn’t good enough when it matters most.

Manning was out of his element against the Seahawks. The weight of greatness was placed on his shoulders, but, once again, he buckled. The 37-year-old’s performances in the post-season have been reminiscent of a turtle. He tends to hide in his shell, as opposed to embracing challenges ahead of him. Prior to the game, Manning’s name was mentioned in many “best to ever play” conversations, and had he guided the Broncos to glory, it would have been a valid argument.

Throughout the season, Manning was slowly swaying doubters into believers. In the process of earning the Broncos a number one seed in the American Football Conference, the long-time former Indianapolis Colts quarterback smashed records. Manning threw for an NFL single-season passing record of 5,477 yards, while recording 55 touchdowns; and in the first game of the season he tied an NFL record, completing seven touchdowns against the Baltimore Ravens.

The Broncos’ imperious quarterback will go down as arguably the greatest regular-season player at his position in the game, but in North American sports that’s only half the battle. The greatest players perform at their best when facing adversity, and it’s a challenge they must overcome to receive the deserved plaudits. It’s impossible to be the best quarterback without the post-season accolades. Manning is now 1-2 in the Super Bowl, and his post-season record is 11-12 – that’s a .478 winning percentage.

Players like Ben Roethlisberger, and Manning’s younger brother, Eli, don’t match his skill, but they exceed him with two Super Bowl triumphs each over the past decade. Championships are the most important feat in sports, and performances in these high-profile games distinguish the best from the rest.

In the National Basketball Association, Lebron James – arguably the best player of our generation – encountered the same difficulties. James, however, overcame this obstacle by winning two NBA titles with the Miami Heat.

Real Madrid forward, Cristiano Ronaldo, endured similar criticism regarding his place in soccer’s ‘best ever’ conversation. Madrid has secured trophies over the past few seasons, and Ronaldo has developed the ability to influence big games with his goals.

Mental toughness has been Manning’s kryptonite throughout his career, and unlike James and Ronaldo, he’s yet to overcome this hurdle, notwithstanding his sole championship ring for a 29-17 victory over the Chicago Bears in Super Bowl XLI

Manning’s impact in the league is undeniable, and the Broncos quarterback will almost certainly become a future Hall of Famer. But this Super Bowl was probably his last chance of being grouped in with quarterback greats like Tom Brady and Joe Montana..

With Manning approaching his 38th birthday, time is his enemy. Along with recovering from another poor post-season display, you have to question whether he’ll be able to replicate or come close to the heights he’s reached this season.

Manning is a great quarterback, and we should acknowledge his achievement, but a loss of this magnitude is the final straw. Manning won’t be remembered as the greatest quarterback ever, nor his generation, but simply as the man who couldn’t handle the pressure.