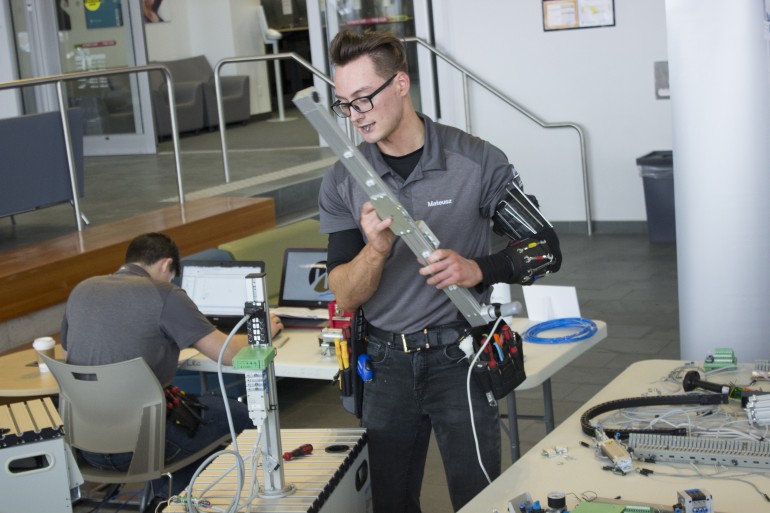 The winners of the recent Humber mechatronics competition were named and they’re on their way to a provincial competition this spring.

The senior team Mateusz Cwalinski and Bogdan Malynovskyy, and the junior team of Hartej Tapia and Marko Gunja will go to the Skills Ontario Competition at the Toronto Congress Centre between May 7 and 9.

The Electromechanical Engineering Technology students were picked following a Humber competition last week that melds computer science with mechanical and electrical engineering to construct prototype robots and automated systems for manufacturing from scratch.

Past winner Theo Willert said mechatronics has contestants “build a machine, from pieces every four days (at the world championships) and you have no idea what you’re going to build on day one. 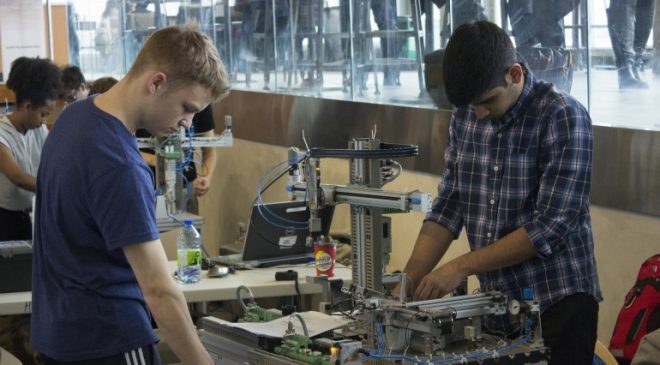 Darren Lawless, the dean of Applied Research and Innovation, said the school is as proud of students succeeding in skills-related competitions as it is of its athletes.

The teams that competed at Humber learned to apply 50 different types of machine called “cells” and an infinite possible configurations and programs, Malynovskyy said. Participants must be familiar with the assembly and programming of systems, and troubleshooting when something goes wrong.

“And if that does happen, which it definitely will, we’re going to be going to the worlds in Kazan in 2019,” Malynovskyy said.

He said the teams train for six hours, four days a week for the provincials. During the month before the nationals, they would train for 10 hours a day, seven days a week, he said.

“After the nationals, if we win,” he said, hesitating. “When we win, sorry, we will start training for the world competition.”Neal Mohammed, director of the Centre of Technological Innovation, said Humber teams have been advancing to the nationals for more than 20 years.

“We advanced last year to the world competition,” he said. “We have done it several times before, and we came third place last year.”

All photos by Michelle neha