One man was found injured at Alba Place, a residential street just southwest of Humber College Boulevard and Finch Avenue, and pronounced dead at the scene, according to Toronto Police. 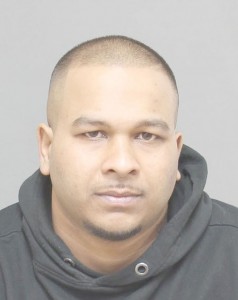 On Thursday morning, authorities disclosed that the victim, Narendra Ramdharry, 26, died of two gun shot wounds to the back. Residents in the area reported they heard four to five gun shots.

Humber’s Department of Public Safety learned about the shooting from social media reports, and immediately contacted Toronto Police to ask if there was anything they needed to do, said director of Public Safety and Emergency Services Rob Kilfoyle.

“We’re concerned about everything that happens in the neighbourhood. Our primary focus is the protection of students, staff and faculty on the campus. So we had made some initial assurances that there’s no risk or threat to the campus,” he said.

“We still are conducting extra patrols and being vigilant, but there was no immediate threat so there was no need to go into lockdown,” Kilfoyle said.

The shooting did not involve anyone in the Humber community. Toronto police also said Humber should not take any action.

“Normally we have protocols with Toronto Police. If there is an incident occurring near the campus or school that requires the college to take a specific action, they communicate with us. They send officers to the campus. They didn’t do it in this case,” said Kilfoyle.

According to an article in the Toronto Sun, the victim was a forklift operator and cited by family members as “on a good path,” but the circumstances surrounding his death make his family wonder whether he got mixed with the wrong crowd.