No closure for family of dead youth

It was clear from a young age Bella Laboucan-McLean loved all things artistic.

“Since she was a teenager, she was into fashion, design and textiles,” explained her sister Melina Laboucan-Massimo. “She very much utilized both mediums of Cree tradition and contemporary fashion to develop her art. Both of those worlds were a part of who she was.”

Bella Laboucan-McLean, a Cree woman from the small town of Sturgeon Lake in Northern Alberta, arrived in Toronto in 2010 to study Fashion Arts at Humber College.

Although she graduated, she would never reach her dreams.

Laboucan-McLean fell to her death on July 20 from the 31st floor of the downtown Toronto condo at 21 Iceboat Terr.

Laboucan-Massimo said many of Bella’s former peers have said during her time at Humber she was involved in organizing events such as fashion shows for the Fashion Arts Program.

She said Bella planned to further her education in a Fashion Arts graduate program in England after Humber.

“She also talked about eventually opening up a boutique that would have both things of contemporary fashion as well as traditional art,” she said.

Laboucan-Massimo said Bella was in touch with traditional Cree art because of the traditions practiced in their family.

“Before she went over to Humber College she actually took a traditional artisan program in Alberta that taught all the traditional hide making and beading,” she said. “A lot of the pieces I have that she had given to our family were some of the beading that she did for us as gifts.”

Toronto Detective Darren Worth of 14 Division’s Criminal Investigation Bureau said there were five other people in the condo when Laboucan-McLean died.

“I’ve interviewed everyone that was present in the apartment at the time of the incident, or that evening, and at this point nobody can tell me what happened or how she went over that railing,” he said.

Worth said Laboucan-McLean’s death remains an open case and is considered suspicious. 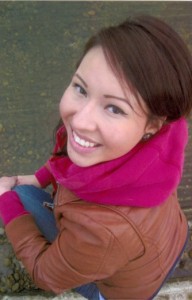 Courtesy melina Laboucan-massimo
An undated photo of Bella Laboucan-McLean. Her sister believes “something had to go terribly wrong that night.”

“There’s a number of ways this could go and it’s just a matter of getting a little bit of evidence to point in one direction as opposed to another. Ideally, what I would like is someone to tell me that they saw something take place,” he said.

Laboucan-Massimo said she believes police labeled it as suspicious because something is not adding up.

Worth said it’s possible the case may end unsolved because of the lack of information.

“I’m hoping that’s not the case because I know the family’s biggest concern is finding out why this happened or what happened,” he said.

Worth said he understands solving the case will help the Laboucan family find closure.

He strongly refutes any implication that less attention is given to solving the case because of Bella’s ethnicity.

“I can honestly speak for myself and the Toronto Police,” he said. “We investigate every incident based on the incident itself, not the people involved.”

Worth said a lot resources have been put into this case and there is plans for even more time to be spent investigating.

“It’s getting its share of attention and then some. We’re doing everything we possibly can to get an answer for this family,” he said.

Laboucan-Massimo said her sister had no history of mental illness.

“For our family, we know that there was some sort of foul play or something had to have gone terribly wrong that night,” she said.

“A lot of times people think that when people fall from distances from buildings it should be labeled a suicide, but we knew from the beginning that’s not even close to the case of what happened that night,” Laboucan-Massimo said.

She said it’s unfortunate the case has become stagnant, but believes keeping her sister’s story alive is a way to maintain public pressure to resolve the case.

““I think it’s very important when pieces are written about the case. It’s important to keep tabs on the progress of the case so it doesn’t fall to the wayside,” Laboucan-Massimo said, adding police are providing constant updates to her family.

“For us, it’s been a relatively decent communication but I know in the past there has been issues overall with missing and murdered Aboriginal women,” she said.

“A problematic symptom of systemic racism in the society that we live in is that the lives of Indigenous women aren’t valued, in some ways, in comparison to their non-Indigenous counter-parts,” said Laboucan-Massimo.

Crystal Basi, executive director of the Native Women’s Resource Centre of Toronto, said she didn’t know Bella but is closely following the case.

She said Bella’s mysterious death is a part of a larger trend of violence towards Aboriginal women that goes largely unnoticed in Canadian society and historically police had a tendency to “act slow” when it came using the full extent of resources for unsolved cases of missing or murdered Aboriginal women.

Basi however, said there’s been a greater effort by police, as in Toronto, to foster working relationships with Aboriginal cultural centres that advocate for the rights of Aboriginal people.

She said this is important because due to stereotypes there’s a widespread misconception that Aboriginal women bring violence on themselves.

Basi said this attitude makes Aboriginal woman vulnerable and they are targets of violence at much higher rates than non-Aboriginal women.

“This attitude spreads to all levels of society and if they go missing there’s an assumption nobody will miss them,” she said.

Basi said on Feb. 14 the annual Strawberry Ceremony, held outside police headquarters across Canada honours missing and murdered Indigenous women and brings attention to the issue of violence towards Aboriginal women.

“Bella will certainly be one of the women honoured in this year’s ceremony,” she said.

Laboucan-Massimo said part of honoring Bella’s life will allow the truth about what happened to emerge and make sense of a senseless situation.

“We’re hoping that people who were there on that night will realize that a family is in mourning and it’s very hard for us to have a sense of closure when the answers aren’t there as to why or how this happened. So, we really hope for justice for our family and for Bella,” she said, adding her family isn’t letting Bella become another statistic.

“This case isn’t just a news story or a statistic This is our family, this is our sister, a daughter, a grandchild someone that was very loved and cherished,” she said.

“We want to celebrate her life and who she was as an Indigenous woman, as a proud Cree person,” Laboucan-Massimo said. “She was a light for many people in her life. She was always laughing and joking and just a very strong person. She always brought a lot of laughter to my life and I know she did that for others as well.”

Bella’s sister Melina shows off a beading her sister made

Maria, Bella and and her sister Melina

Maria, Bella, her father, and Melina

An undated photo of Melina and Bella