Note to white men facing discrimination: suck it up 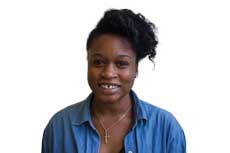 Minorities have long faced extreme discrimination that has threatened their well-being. From slavery and the Holocaust to women being unable to work and vote, white males have been able to dictate the outcomes for minority groups since centuries. Financial success was easily equated with being of male gender and having white skin. Thus, white males have always been in a position of power due to their inherited privilege.

When white males in North America were reveling in their status and material success, minority groups were finding success in the simplicity of integrated schools and parks. But today the world has changed, with the kings of the universe now stating they are the new minority group facing discrimination. This claim has become so overly discussed that MTV will be airing a documentary entitled Whiteness. The show will focus on white males aged from 16 to 24 and whether they feel discriminated against.

I find the idea of a white male crying about discrimination comical. Just because corporations now have equality based programs does not mean that companies are discriminating against white people. The fact that corporations created such programs in the first place exposed the need for more diverse recruiting. Just because there’s some progress on overt racism doesn’t mean the micro-aggression of systemic and attitudinal racism just disappears. Other than white males no longer being coveted for employment on the corporate level, it’s hard to see how they can feel so strongly discriminated against.

I personally have dealt with racism and discrimination since I could remember. From having kids not wanting to hold my hand to being kicked out convenience stores, a raft of such scenarios were due to the colour of my skin. You simply remind yourself, this is the way life as a visible minority and you try to rise above the bigotry. White males do not face the fear of walking down the street, only to be shot by a person of authority to the degree that black males do. With the Treyvon Martin and Micheal Brown shooting cases, both accused men were Caucasian and both were acquitted of all charges. Does anyone think the outcome would be the same if the accused were black men and the victims were white teenage boys? In both cases the victims were painted as the stereotypical black thug; which, regardless of being true or not, does not justify the murder of an unarmed teenager.

In many cases there are white males who feel discriminated against because of the clothes they wear, the tattoos they have or the friends they keep. They are labeled as hoodlums, freaks or misfits. Although this type of discrimination is completely unjust it can be changed by altering one’s physical appearance to align with a more acceptable exterior. A visible minority cannot do that. A black person cannot change the colour of their skin to avoid racial profiling and any other forms of racial injustices.

The white male has triumphed over the world for centuries. The first persons to the travel the world by sea, plane and walk on the moon were all white males. America has been a hegemonic country for decades and has only had a black president since 2009. The world has only become a safe place for diversity over the last couple of years. Therefore, for a white male to complain about discrimination is a direct insult to all minority groups who have battled and triumphed over inequity for the past centuries. From a black female to a white male who feels the woes of discrimination continuously, I can only advise them to do one thing – suck it up.