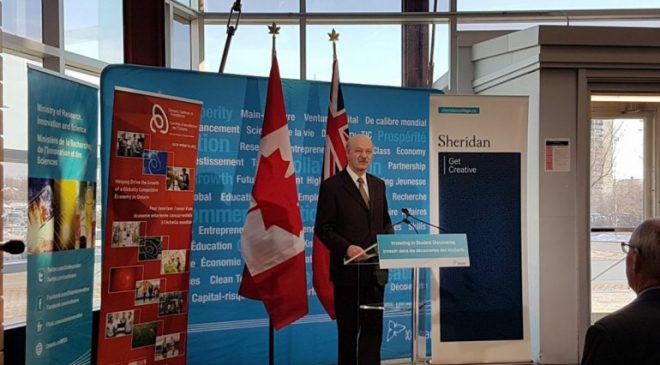 Ontario colleges will receive more than $13 million for research and development projects, the minister for research, innovation and science said at a public announcement.

Minister Reza Moridi, who spoke at Sheridan College on Feb. 6, said the province will support 61 projects for students at 22 colleges. The projects will give students the opportunity to work with businesses in solving development challenges and creating innovative products and services, he said.

The Colleges Applied Research and Development Fund, managed by the Ontario Centres of Excellence, will fund the projects, Moridi said.

That doesn’t include the recently announced funding through the Colleges Applied Research and Development Fund.

The fund, announced in January 2017, is a $20 million investment and offers programs in the automotive and technology industries, among others.