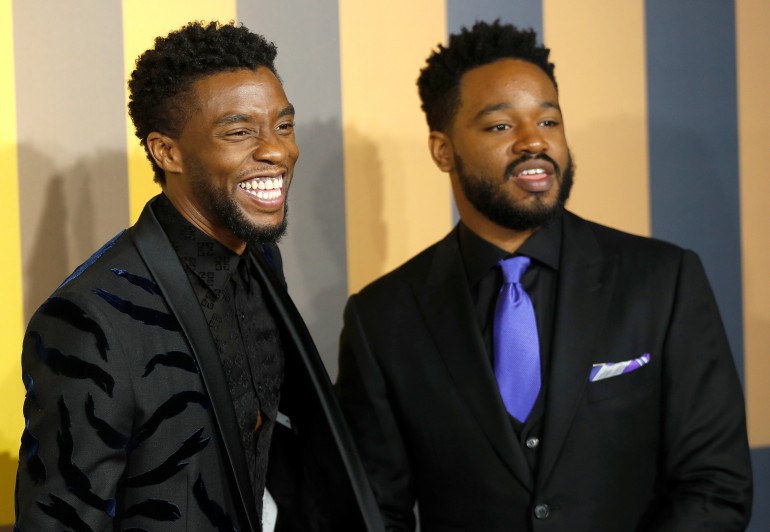 For both Marvel fans and a community made proud, Black Panther is a movie many have been waiting for.

It’s also been ten years since Iron Man (the first MCU film) came out in 2008. As an audience, we followed the franchise until it was self-sustaining enough for it to introduce new heroes with a snap of a finger.

That loud snap was heard in Captain America Civil War, when Black Panther was introduced with his background established. Skipping the origin story also means we can dive straight into his world.

Set after the wacky Avengers-fest, audiences get to follow T’Challa (played by Chadwick Boseman) when he returns to his home of Wakanda. We’re transported away from familiar parts of the world, opening our eyes to a unique setting and providing us with an escape in our seats.

Like the fictional East African nation, the film takes us far away from the old-fashioned concrete setting, and into a kingdom where its cultures turn viewers into observers.

Effectively, we become mesmerized by the marriage of a technological city, surrounded with the serene peace of African landscapes.

Marvel’s attention to detail doesn’t end at giving audiences mesmerizing visuals; its core comes from how faithful it is in bringing T’Challa’s traditions to life, while having it drive the story forward.

Compared to Marvel’s entries into different genres, Black Panther uses its kingdom to tell a drama with internal power struggles and tragedy.

T’Challa is still coming into grips with taking the throne, while enemies from the outside world force him to take the mantle.

Along the way, T’Challa’s responsibilities as a king see him upholding the ways of his culture. This gives us a glimpse into various real-inspired rituals including “Engolo”, a ceremony by combat that also plays a significant part in the movie’s action.

In spending our time in Wakanda, we’re also bound in observing African concepts, such as life after death and the symbolism of the panther as the spiritual protector of Wakanda.

This representation stays with viewers when the film decides to step outside of Wakanda, and Marvel further focuses on social issues that touch on marginalization and refugee aid.

As a result, the story is made more compelling when it identifies real-world problems as another conflict.

Once we learn more about the tragic origin of Erik Killmonger (played by Michael B. Jordan), the film also creates a character that we sympathize with. The impact is weighed by a heavy performance from Jordan when the film dives into his personal motives.

Black Panther still feels like a Marvel movie. With less banter than previous heroes, the film goes back to its feelings of telling a solid tale while still giving a chuckle to audiences.

Consciously, it’s aware of its significance, giving enough subtle humor for audiences to enjoy while taking the movie seriously.

Comic book characters like Ulysses Klaw (played by Andy Serkis) have a chance to satisfy fans, while some eagle-eyed fans might spot some key references for the anticipated Infinity War.

When the credits begin to roll, you might want to be patient and enjoy a bit of the soundtrack before memorizing two of the movie’s post-credits scenes (wink-wink, nudge-nudge).

As an opera, Black Panther masterfully uses its two-hour runtime to create something that departs from a common formula, staying true to its roots to tell a unique story while satisfying the most devoted fans who have waited for this long.

After 17 films, Marvel has finally come full-circle in diversifying its genres, using its art to imitate life in the process.