Oregano oil can be used to cure ailments

As frigid temperatures persist into March, the flu season continues, and people are starting to fight nature’s harshness with one of its most growingly popular remedies – oil of oregano.

Oil of oregano is a liquid extracted from a herb that is antimicrobial, meaning it can destroy or inhibit the growth of microorganisms that can cause disease, explained William Mercer, a registered holistic nutritionist.

“It kills the bad bacteria, viruses, and other things festering in your digestive system,” he said.
If you have a cold or the flu, take three drops three times a day and it should be very effective, said Mercer.

“We would recommend oil of oregano if the patient is otherwise healthy,” he said. “We don’t take the risk however, if their immune system is compromised.” 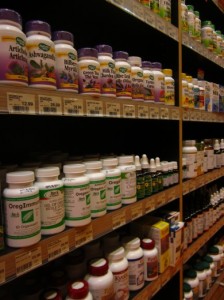 Alternative remedies are not standardized or tested the way pharmaceuticals are, so there is no scientific guarantee that they are safe and effective, said Fanous.

Pharmaceutical drugs undergo randomize clinical trials, such as placebo control and blind studies, while natural and alternative remedies such as oil of oregano don’t, so you have to be careful, he said.

Oil of oregano can cause more damage than help when taken in excess because it kills good bacteria as well as bad, said Mercer.

“Any time I feel a cold or flu coming on I would use it, and topically there are a lot of applications for it,” said Danielle Posavad, an account executive at IMD Health Canada, which produces touchscreens for doctors to use with patients.

Posavad said she uses oil of oregano on cold sores, rashes, mosquito bites and once took extremely high doses to treat a severe yeast infection in her stomach and intestines.

“If you’re going to take it in those high doses, get a health care professional to advise because I had a naturopath tell me how to take it,” she said.

Oil of oregano also has an intense flavor. It can have the unfortunate side effect of leaving the person smelling like pizza all day, said Robin Young, a second year public relations student at Humber.

“They call it liquid fire, so it doesn’t taste the best and topically you get that tingling to burning sensation,” said Posavad. “But it works.”