Ontario Premier Doug Ford recently announced his government is cutting the use of the six-month grace period post-secondary students begin repaying education loans, as well as converting grants into loans.

Many students are in a uproar about the matter and they should be. They have every right to be.

It’s already difficult for students to pay back their student loans even with the six-month grace period set in stone, because jobs aren’t guaranteed, but it is quite unreasonable to remove it entirely. It would be an undue hardship to pay them off without some sort of advance.

Ford expects graduates to pay their debt from the moment of graduation. This expectation is too high of a standard considering that every individual attending college is living different scenarios.

Some post-secondary students may not have jobs and their parents may be funding their education, so paying interest the moment of graduating would be possible but still difficult.

Other students without jobs and utilize OSAP may be pressured to find a job and save as much as they can in the little time they have before the interest rate piles up leaving many drowning in tuition and interest fees.

In my scenario, I will realistically never be able to pay off my debt unless I get a well-paying job to which I would be able to pay back the government. It is unimaginable to pay off interest that begins to collect the moment people graduate, and then to have those fees collect more fees daily that technically get doubled.

Students are already under pressure during college or university, so should they really have to stress about their education too? Is it fair or reasonable to destroy what the Liberal Party created for Ontario students in need?

I think the students are utilizing their rights by standing up to the government. Even if it seems like Ford is not meeting the students half way, at least the many that attended protests and other forms of action can say they did something to try and stop the government from making unnecessary — and unpopular — changes.

I could understand trimming aspects of the OSAP program, but to take away the six-month grace period is literally the government’s way of saying they want their money back right away.

It isn’t fair to students that are affected and it could put the colleges like Humber in a difficult funding crisis.

Some programs may have to be cancelled and some may have to beg students for funding, like IGNITE. The changes to OSAP and funding for post-secondary schools will impact many, and, it seems, the austerity drive is far from over as the government may have other plans for us. 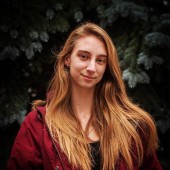 EDITORIAL: Our students road trip to D.C. for Trump’s inauguration