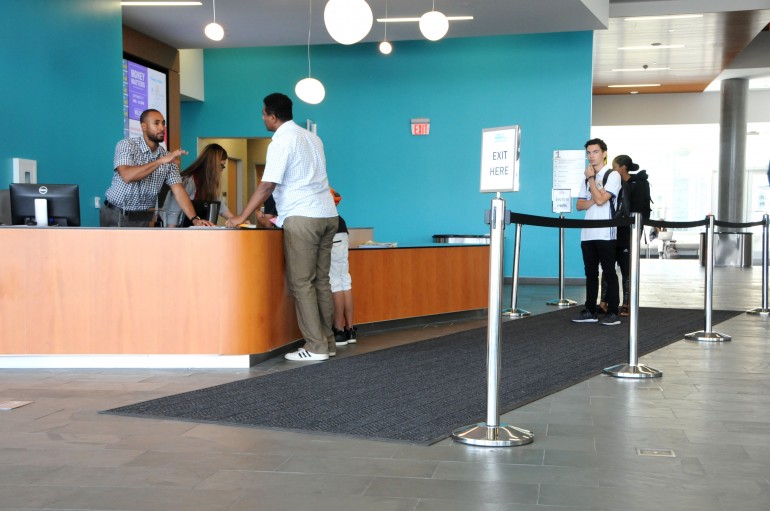 Humber students have enough on their plate as it is with classes.

But the folks at Financial Aid and fellow students want freshmen to know that saving money and getting OSAP does not have to be a hassle.

Students also need to be identified as full time, with a 60 per cent course load, in order to receive funds both semesters.

Sahid said students are dropping courses in the middle of first semester not realizing it places them at part time status.

She suggests students save money before the school year starts since “OSAP does not cover every single thing, dollar for dollar.”

For students that do not work, there is Work Study, where students submits their budgets and Humber approves them for jobs on campus in various departments, including food services, recruitment and tutoring.

Overall, Sahid says students should not have to stress over finances when they are attending school.

Sometimes, a simple change in lifestyle can be the biggest money saver.

Kiran Edhi, 22, a third-year nutrition student and OSAP recipient, said when school starts she cuts the amount of times she goes out. She said bringing a lunch saves her a lot more than she thought it would, especially with Humber food prices being high.

The only issue Kiran faced is not knowing when she will receive her funds, whether in time for tuition fees or later in the month.

Shannyce Samuels, 22, a first-year Fashion student, said there was a misunderstanding with her residency, a mistake she made, but a hassle to fix.

She scrimps and saves over the summer to help out with books or whatever else she needs during the school year.

“I try to use as little OSAP as possible,” Samuels said. “I keep my OSAP in a separate account so that I don’t use it and I plan on using the money that isn’t used to pay it back.”