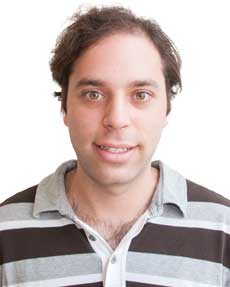 Chuck Hagel’s reputation as a maverick seems to have been his own undoing at the Pentagon. The problem for the Obama administration is Hagel was right about things that won’t be resolved with his ouster.

Hagel is a former Republican senator from Nebraska and a Vietnam veteran who challenged his party’s establishment with his opposition to the 2003 Iraq War.

The decision to appoint Hagel as secretary of defence after Obama’s re-election was fraught with obstruction from Republican colleagues in the Senate.

Hagel was hounded with accusations based on his past criticisms of Israeli policy, suggesting the U.S. should reach out to Israel’s enemies. While Hamas, Hezbollah and Iran are enemies of Israel, that does not necessarily mean they are American adversaries, he reasoned.

This position got him into trouble with Republicans and the defence establishment, as the U.S. funds Israel with $3 billion per year. There is also extensive co-ordination between the two countries’ defense departments.

One Republican lawmaker went so far as to claim Hagel donated to a charity called Friends of Hamas, although as The Young Turks’ Cenk Uygur observed at the time, the claim was laughable.

Why would an American organization secretly funneling money to Hamas call themselves “Friends of Hamas”? And why did nobody discover this during Hagel’s 12-year tenure as a senator? Uygur asked sardonically.

As the sole Republican on Obama’s national security team, Hagel served as the voice of cautious restraint in a cabinet dominated by liberal interventionists. Interventionists believe the U.S. is morally obligated to use military force against human rights abusers.

There was widespread political agreement Hagel’s resignation was a product and indicator of Obama’s foreign policy failures, particularly his handling of the Ebola and ISIS crises. This claim is not without merit, but it ignores the constraints under which Hagel had to operate.

From a purely strategic perspective, Hagel’s Department of Defence lacked the resources of previous administrations. Automatic spending cuts known as sequestration came into effect as Hagel entered the picture, so he was forced to navigate the unknown. These cuts were the result of the government shutdown provoked by the congressional GOP.

Hagel’s response was to decrease the Pentagon’s budget, which is not a bad idea after about a century of war.

Unfortunately, the interventionists in Obama’s administration did not agree. Hagel was reported to have a particularly rocky relationship with Obama’s favourite foreign policy adviser, Susan Rice.

Last year, when Bashar al-Assad was public enemy number one rather than ISIS, Obama called for airstrikes against government forces in Syria. It was reported that Obama’s foreign policy team was unanimously supportive with the exception of one unnamed official. With Hagel’s early retirement, I am quite convinced it was him.

Reid Cherlin of The New Republic is convinced Hagel supported strikes against Assad. Cherlin calls Hagel “a pitch-man for the proposed airstrikes in Syria.” As defence secretary, it was part of Hagel’s job to support his president. This does not mean he refrained from raising objections in private.

In his second year as defence secretary, Hagel began to raise his private objections to Obama’s foreign policy in public. This summer when Obama dismissed ISIS as a “JV (junior varsity) team,” Hagel warned they posed a grave threat to American and global security.

Hagel’s independent streak got him in trouble at the White House.

Obama ultimately came to Hagel’s position on ISIS, arguing for airstrikes to contain its advance through Iraq, but when it came to Syria, Hagel dared to question the wisdom of getting involved in an increasingly sectarian conflict.

Hagel demanded Obama clarify his position on Assad’s ouster before dedicating the Pentagon’s dwindling resources to intervention against ISIS. It does not make sense to fight Assad and ISIS at the same time, because they are already fighting each other.

He also cautioned against provoking Russia in Ukraine and arming the Egyptian military after the coup against the democratically elected government of Mohammed Morsi.

“The administration may have good reason for wanting to replace Chuck Hagel,” writes New Republic editor John B. Judis, “but those stumbles can’t be blamed on his tenure and cannot be righted by replacing him.”