Pan Am Games volunteers to get financial relief

The Ontario government is planning to recruit student volunteers for the 2015 Pan Am Games in Toronto.

The Ministry of Training, Colleges and Universities announced Jan. 14. post-secondary students volunteering during the Pan Am and Parapan Am Games are eligible for more financial assistance if they receive OSAP.

“Changing OSAP to encourage students and new graduates to volunteer at the Pan Am and Parapan Am Games will help them make a lasting impact on their communities, build valuable skills for the future and enjoy an experience of a lifetime,” said Brad Duguid, minister of Training, Colleges and Universities, in a news release. 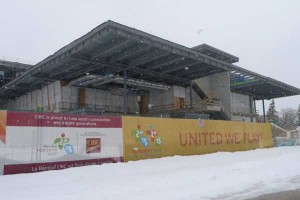 Nasma Ahmed, 18, is a pre-game volunteer and a first-year Political Science student at the University of Toronto. She is planning to volunteer during the games.

“I am excited when I hear the news,” Ahmed said. “This will benefit me in a very positive way, lifting the pressure during the summer months, so I could be heavily involved with the games in 2015.”

Full-time students returning to school are usually required to go through a need assessment process if they are applying to OSAP. This process determines how much assistance they receive.

But volunteers who complete their duties during the games can apply for a waiver where any earnings they receive during the 16-week period, before returning to school, will not be factored into the calculation of their OSAP funding.

For students who are finishing their studies and completing their volunteer duties at the games, the usual six months grace period before they are required to repay their loans will be extended to a year.

The government will pay for the interest on the outstanding loans, according to a statement by the ministry.

But Stefanie Comande, 24, a second-year Humber physiotherapist student, said the financial incentives are not enough to get her to volunteer.

“It depends, I don’t have a lot of time to do that. In my program, it’s not that difficult to find a job after graduating,” Comande said. “I think I am going right into a job instead of volunteering.”

The application process will start on April 2014 and it is estimated that 20,000 volunteers will be needed. The 2015 Pan Am Games start July 10 and Aug. 7 for the Parapan Am Games.

Daniela Gallardo, 22, a first-year Humber paralegal student, said she would apply for the volunteer positions during the games.

“I would like to get involve in these activities as much as I could,” she said.