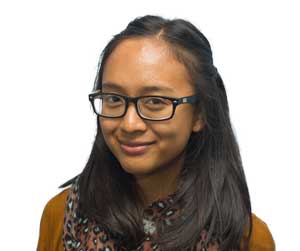 If you enjoy music and tend to be a concert junkie, you know what to expect when going to a performance — being in front of the stage, dancing and feeling the music while putting your hands in the air and singing your heart out.

But be prepared not to be able to do that any more as concert culture has changed.

Going to a concert these days, I always find the front stage filled with people with electronic gadgets such as cameras, phones, even iPads on hand. They will either take a selfie or group photos with the stage as the background. As the lights dim and the music starts, they will pull out their gadgets and begin recording the show. These images will either be uploaded to social media accounts or even go as a whole live streaming video to their website.

That’s not all. There is also an entirely different crowd in the back half of the venue. These people are what I call concert hoppers. A concert hopper is someone who goes to a concert and enjoys live music. If you observe closely, you’ll see these people stand apart from each other to create room for dance and movement, and they’re unlikely to talk with one another once the concert starts. I usually join in this crowd.

The first time I saw all of this, I thought, “Okay, people take photos at concerts. Maybe it’s their first time or it’s a special occasion. It’s not a big deal.” But after seeing this in every concert ever since. I realized the number of people who are doing this keeps increasing and it’s really disturbing. It’s one thing to go to a concert and see people recording the whole performance instead of enjoying the music. It’s even worse if you can’t see the performance on stage because the people in front of you decided to block off your stage view with their iPad.

Is this really the concert culture now? A show with half of the audience only familiar with a couple of hit songs, holding their gadgets up to record the whole performance to post online instead of expressing their love for the music?

I understand that some people experience concerts differently. Some concerts might mean more to some people and they want to capture the whole moment. Nevertheless, I don’t think numerous out-of-focus photos and videos of screaming crowds are worth ruining someone else’s experience of the show. Everyone’s experience is just as important. We have to respect the fact that there are fellow fans in the same venue with us who have come all the way to the concert looking forward to have the night of their lives.

I’m not saying that those gadgets should be banned or powered off during the show. I honestly think taking a few photos isn’t that big of a deal. Recording the whole show and blocking other people’s stage views, however, is not only disrespectful to the artists, it’s also ultimately ruining the moment between them and the audience. We have to find a way to let everybody know that just because this kind of concert isn’t a formal event doesn’t mean there’s no concert etiquette.

I know how it feels. I’ve taken photos at every concert I’ve been to and a few videos of my favourite songs, only to realize that I had ruined my own experience and undoubtedly that of others, too. I learned my lesson the hard way. I lost the photos and videos of the Avenged Sevenfold concert in 2008. Videos of James “The Rev” Sullivan, their former drummer who passed away in 2010, playing my favorite songs “Critical Acclaim” and “A Little Piece of Heaven” were gone just like that. Since then, I ditch my camera and phone during the concert to make sure I don’t miss anything.

It really paid off when I went to You Me At Six concert in 2012. I was in the back half of the venue with my friends. We were singing, screaming, dancing and jumping like kids on a sugar rush for the whole two hours. We went home with sore throats and sore muscles, but that was the best concert I’ve ever been to.

I don’t have any photo in my Instagram or video in my Vine to prove the vocalist Josh Franceschi looked and pointed at us during the song “Liquid Confident” because we were the only three who knew the lyrics to every song they were playing.

But I still remember every single thing that happened that night perfectly, and I think that’s the best way to capture a concert moment.