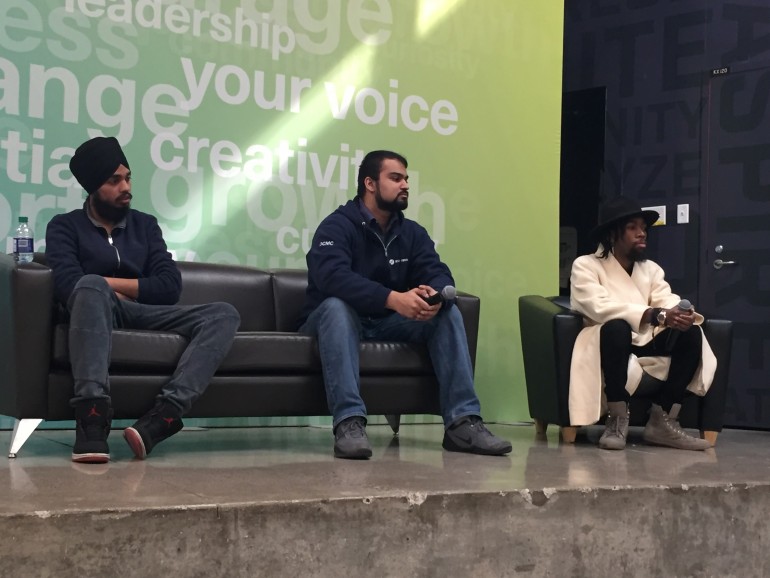 Every student council’s goals should revolve around the students and the candidates for the IGNITE election weren’t short on that.

There were many concerns raised during the IGNITE North campus candidate forum on Monday but everyone appeared to agree on one thing – there needs to be better communication with the students to meet their needs.

Vice president candidate Hyatt may not be elected to office yet, but he is already eager on getting a PRESTO machine on campus.

Hyatt said he has already talked to PRESTO and TTC about placing a PRESTO machine at North campus and it is what Humber students need.

One of Afonso’s main platforms, if he is elected, is to create a plan that would help and benefit students if there was to be a strike again.

“I want to revise guidelines so that students don’t have to suffer the penalty of not being able to finish tests, assignments, quizzes or reports during their time in the strike and making sure they get everything done on time,” he said.

Meanwhile, Singh’s platform focuses more on international students, saying he wants to help with the hurdles they face when coming to Humber, especially the language barriers.

The main event of the forum was when IGNITE presidential candidates Lim and Khosla hit the stage. Both shared their thoughts on how they want to communicate better with students.

“Students will bombard, hassle and get angry with you because they want to know answers, and we’re not giving it to them,” Khosla said. “When students are angry, it’s because we aren’t giving them the basics they need, which is communication.”

When Lim spoke about communicating with students, she brought up the strike as an example on how students were left frustrated.

“We got a lot of angry emails, and the steps (include) sitting down with the students and hearing them out first,” she said.  ”It may be one student, it may be 10 students. It’s taking that time out of your day to say, ‘How are you doing?’”

Lim had her menstrual hygiene kit pilot project come to life this year and she hopes to expand it if she becomes president.

“The aim is that I want to support students when it comes to finances,” she said. “Sometimes we’re living on our own as well, and we forget to purchase these products for ourselves, and that’s how I want to lead this project going forward.”

She said that in future, she would like to add other products to the kits such as razors and pregnancy tests.

Khosla is focusing her platform on accessibility, awareness and advocating for students.

“I will fight so that all Humber campuses, as well as Guelph-Humber, will accommodate the accessibility of our diverse student body,” Khosla said. “I will do the best I can to make this a barrier-free campus.”

The last question asked by the panellists was why do they want to be the president.

Kholsa said she wants to see a change in the school, and highlighted those changes brought about with her persistence.

“Our student cafe got an accessible washroom because I pitched that idea last year because there are students here who are handicapped and they have to go so far just to go to the washroom and be disconnected from their social circle,” she said.

“I implemented that and now it’s actually put there and I’m proud about it,” Kholsa said.

Lim, on the other hand, reflected on her time as vice president of Lakeshore and how that was one of the big reasons she was encouraged to run for president.

“I love being out there. I love doing projects, and I love helping people,” she said. “During this experience, I’ve been in front of students, I’ve wanted to hear you guys out this entire time, and I have, and being able to do that another year is exciting to me.”

Voting is during the week of March 12 to March 16, when the polls close and the winners will be announced.