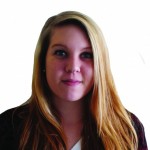 I was 12 years old when I first started having body image issues. At the time, I didn’t realize puberty was at the helm of the ship. All I knew was that I shot up to about 6 inches taller than my classmates and I began to look like the “before” photo in a Proactiv commercial.

It was about this time I stopped shopping at Wal-Mart and Northern Getaway and started finding more “trendy” retailers to buy my clothing. My childish whimsy and adolescence ended and I became a full-fledged sullen and all too self-aware teenager. I began reading teen fashion magazines, watching TV shows with wildly beautiful teenaged characters, and couldn’t fathom why I couldn’t look like them. My 12-year-old brain didn’t comprehend that these “teenagers” were actually 20-somethings. It was at 15 that I gave up and hid underneath a wide array of oversized band t-shirts and sweaters, incurring the wrath that every teenaged girl faces – self-esteem and body image.

One of the biggest influences we have when it comes to body image is the imagery retailers use. Advertisements, store windows, online – retailers choose a very specific type of person to wear their clothing and model it to the rest of the world, making that body type integral to the brand. More often than not, these models are physically fit, flawless creatures who always look incredibly happy and carefree. This is, I would assume, to back up the illusion the retailer is hoping to sell: “Wear our clothes! You’ll look good, feel good, be good!” While this tactic is almost always questioned, its falsity wasn’t fully revealed until May of 2013 when Abercrombie & Fitch made itself completely transparent in perhaps the worst possible way.

A&F CEO Mike Jefferies admitted the company doesn’t make larger sizes in their clothing because they specifically want to market to those he calls “thin, beautiful and cool,” basically stating that only a specific type of person was “allowed” to have the Abercrombie & Fitch logo emblazoned across their chest.  While I think this was widely known already, it was still shocking to see it so plainly said, especially in a society so contradictory. Jefferies may be an exclusive and seemingly insensitive CEO, but perhaps he was just saying what every other similar retailer was too scared to.

We are preached to about self-love, but still continue to be spoon-fed imagery featuring predominantly skinny, beautiful women or muscular, handsome men – all of whom have been retouched by a little magical tool called Photoshop. While initiatives exist today to combat this idea of perfection in media (see Dove’s Campaign for Real Beauty) the question remains – how long until other retailers begin to follow suit?

As of this week, American Eagle’s lingerie brand, Aerie, announced the decision to stop Photoshopping the models they feature. Focusing on the message of “real beauty,” the company has stopped digitally altering the appearance of their models in an effort to set themselves apart from their fellow retailers.

On one hand, this is a bold move. American Eagle and Aerie cater mostly to teens and young adults (the same age range as Abercrombie & Fitch, mind you). One retailer is telling their young and impressionable buyers that they have to look a certain way to buy their clothes, preying on their insecurities. The other is telling their young and impressionable buyers, “the real you is sexy and we want to see that.”

While it is commendable that a widely known retailer is working toward “real” beauty, there is still the issue of whom they choose to be their models of “imperfection.” Sure, they’re not Photoshopped, but they’re not all shapes and sizes. Going through the website, there wasn’t a model any larger than a size 6. I dare to be cynical, but it does seem to be more of a marketing ploy to counteract the previous retail scandals to hit headlines surrounding body image (involving A&F and most recently, Lululemon Athletica). It seems like a declaration of “look at us, we’re different and we want to feature unaltered people” without straying too far from the norm of the beautiful, thin model.

What it boils down to is, unrealistic beauty ideals are still involved, and I think that while Aerie is making a step in the right direction, it’s not nearly enough.

It took me a number of years to finally be comfortable with my own appearance. Throughout those years, I stopped hiding and embraced the way I looked. Perhaps I became more of a realist, but what I discovered was the most valuable part: a CEO of a retail chain, or an advertisement in a magazine, does not determine body image. Because you know what they say – even the girls in the magazines don’t look like the girls in the magazines.