Road rage victim remembered as ‘so easy to love’ 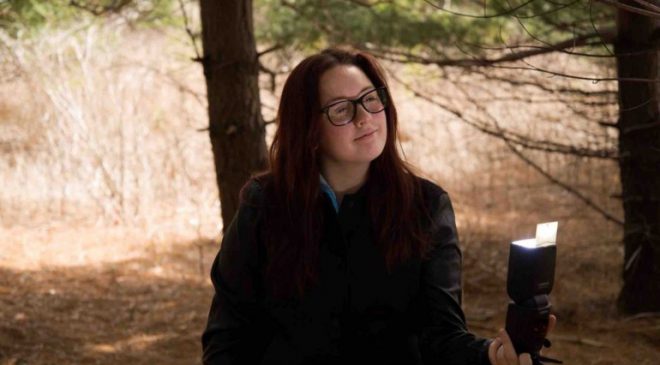 Nicole Turcotte, a creative photography student, poses for a photo. Turcotte was killed in a suspected road rage incident on the QEW. (gofundme.com)

The 22-year-old Humber College creative photography student died Jan. 27 in a suspected road rage incident on the QEW in Mississauga was described as warm, gentle and shy by Sommer Wood.

And that collision allegedly caused by an alleged fail-to-remain driver ended the brief romance of Turcotte and her boyfriend, who had publicly declared their love for each other just days before the collision, she said.

“I just want people to know what kind of person Nicole was,” Sommer Wood said.

“I manage my days and then go home to cry,” she said. Turcotte’s mom Heather has just returned to work Valentine’s Day, Sommer Wood said.

“It kills me to see [my aunt] going through this loss of her little girl,” she said. Sommer Wood said she’s left with the image seared into her mind of Nicole’s mother sitting in her room, clutching a sweater and crying herself to sleep. 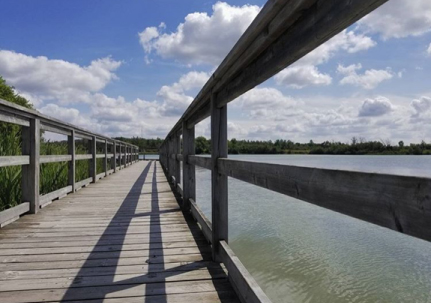 A photo taken by Nicole Turcotte. Turcotte’s creative photography class will honour her memory with an exhibit of her work in March. (instagram/ nicol3turcott3)

The pain of mourning the loss of her daughter is piled on to Sommer Wood’s aunt who also lost her brother only months ago.

Turcotte died in hospital following a five-vehicle crash near Cawthra Road where a motorist apparently made a senseless “brake check,” said Sgt. Kerry Schmidt of the Port Credit OPP.

Police said the suspect car suddenly switched into the passing lane from the middle lane and slowed down, causing the vehicles behind it to also slow down. Four vehicles behind the car were then involved in a chain-reaction crash that also injured four other people, including Turcotte’s boyfriend’s sister, who was also a passenger. The 19-year-old was taken to hospital in serious condition.

Following a lengthy investigation and pleas to the public for leads, a man surrendered to police on Feb. 7.

Turcotte’s boyfriend was driving at the time and Sommer Wood thinks he’s living with survivor’s guilt.

“I told him you have nothing to feel sorry about, ‘you were a victim,’” she said.

David Scott, the creative photography program coordinator, said the class wants to honour Turcotte’s memory with a photography exhibit in March that will showcase her work.

“We are going to celebrate her life and creativity with a show of prints at the school as well as install something in the media studies department,” such as a plaque in her honour, Scott said.

“It’s a real tragedy,” she said. “Out of this tragedy, I want people to know the consequences that happened to Nicole so it doesn’t happen again.”

Sommer Wood said the way the family learned of the accident that night left them wondering “is this real?”

There was a period of disbelief after Turcotte’s 13-year-old brother received a message from her boyfriend’s brother through X-Box to alert his mother that there had been an accident.

Sommer Wood said Turcotte’s mom isn’t ready to speak publicly about what happened to her daughter. But she said her way of grieving is to be proactive and reach out to the public to share her message.

“Nicole’s friends loved her so much, she was so easy to love,” Sommer Wood said.

Rachael Bradbury, a friend and classmate of the victim, recalls Turcotte being the very first person to speak to her on the first day of their photography program. They sat in the front row of class on the first day.

She described Turcotte as a “lovely girl” who had a warm presence and made class enjoyable.

“She felt she deserved a better mark and told me off,” he said with a smile. Dattu said that despite being a timid and friendly young woman, she confronted him with confidence in her abilities, questioning a mark she felt she deserved.

She was coming into her own as a photographer, Dattu said.