Humber’s new head coach Samson Downey knows how to continue the team’s legacy of success in basketball. It’s been ingrained in him since the time he used to be a player on the Hawks.

Downey played point guard for Humber from 2001 to 2005, and winning the 2005 Provincial Championship and leading the Hawks to a 74-14 record. He also s the third highest career free throw percentage in Hawks’ history.

Samson returned to the Humber Hawks as an assistant head coach under former head coach Shawn Collins in 2014. He helped the Hawks win its sixth national title — the first in 14 years — that year.

The juggernaut, however, continued as the following season Downey helped the Humber Hawks win its 14th OCAA championship. The same year, the team returned from Alberta with a national silver medal.

Collins’ winning record 13-0 was broken by Downey after defeating the Conestoga Condors on Jan. 25. Downey was congratulated by Collins for breaking the record.

Downey appreciated the nod from Collins.

“He brought me in as an assistant, he’s both a mentor and a friend to me,” he said.

However, Downey thinks the current streak won’t matter if Humber fails in the playoffs.

“This streak doesn’t matter if we don’t win in the end, we have bigger goals than the streak,” he said, prophesizing the loss to Redeemer on Feb. 9.

Humber Hawks’ team captain point-guard Curwin Elvis has known Downey since the coach was an assistant to Collins in 2014.

“Coach Samson has always been a player’s coach even when he was an assistant to Collins,” said Elvis, a fifth-year player.

He said Downey helped him and his fellow teammates continue their high level of playing.

“Samson is always having confidence in us and continue our brand of basketball,” Elvis said.

Miles, who has been with Humber since the 2016-2017 OCAA season, seems to have been the right choice as opponents average 76.9 points per game while Humber is scoring more than 101 points per game.

Samson and the Hawks will enter the OCAA playoffs as the first seed. 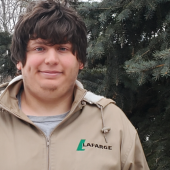