Scientist’s gaudy shirt not a good battleground against sexism 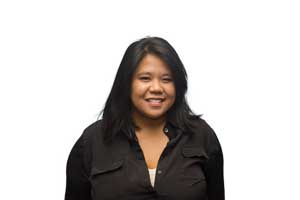 Talk about making a mountain out of a molehill.

Earlier this month, the European Space Agency made history by landing a robotic probe on a comet. Does anyone remember that? Maybe. Unfortunately, another narrative overshadowed the momentous occasion.

One of the scientists being interviewed about the celestial milestone was project scientist Matt Taylor. Dr. Taylor, an accomplished physicist who had been selected to join the Rosetta mission team in 2013, wore a shirt featuring scantily-clad Glamazons. Much to the project’s detriment, social media honed in on the gaudy item, calling it sexist and asserting that women would be discouraged from entering scientific fields because of it.

First of all, as a former science student, I can say that a shirt could not have discouraged me from committing to spend the rest of my life in a lab. Given how much effort and dedication it takes to pursue a career in science, or any career for that matter, the insinuation that one shirt can single-handedly persuade a woman to choose not to dedicate her life to a work that she loves is downright offensive.

Why was that shirt in Taylor’s possession anyway? Who thought to put those images on a piece of clothing and distribute it? Did they know when they made it that it would lead to so much criticism?

Well, Taylor’s shirt was given to him as a birthday gift by Elly Prizeman, a close friend who had also made the shirt. In an email to Newsweek, Prizeman explained that the shirt had been a passion project, She had just taught herself to sew this year and had taken to making pieces for friends in her spare time. She also talked of her love of the female form and pinup prints, citing modern-day female empowerment and acceptance as reasons why she had not viewed those images as sexist.

If I had a friend who had taken the time to sew me a shirt that she felt that passionately about, I would wear it with pride.

To be fair, I completely understand why this caused such a firestorm of criticism.

Earlier this year, the STEM fields — science, technology, engineering and mathematics — had a huge conversation over whether or not women felt welcome in the industry after Gamergate publicly shamed and threatened several female members of the gaming community. After Zoe Quinn, Anita Sarkeesian and Brianna Wu had their personal information published online and were forced to leave their homes after receiving death threats for pointing out the sexism in the video gaming field, prominent figures in the gaming industry denounced the movement and opened a conversation on cyber-harassment and harassment of women on the Internet.

Place that in the context of recent news stories such as the Jian Ghomeshi case and issues of consent, conversations surrounding rape culture on post-secondary campuses, and TIME magazine including the word “feminist” on their annual word banishment poll, and it’s easy to see why such this shirt caused such an uproar.

However, one of the greatest things that I have learned in life is to pick your battles. If you fight every one, people tend to stop listening at a certain point. You lose spirit, you lose patience, and you lose energy that could have otherwise been spent on more meaningful actions to further your cause.

We live in an age where girls are being kidnapped or threatened with death because they choose to be educated.

We live in an age where Aboriginal women are disappearing and turning up dead at alarming rates, yet the government refuses to do anything about it.

We live in an age where female broadcasters have to deal with an aggressor who yells “F–k her right in the p—y”, which gets treated as another funny YouTube prank instead of sexual harassment.

All of these battles left to fight and we choose to make a fuss over a shirt? As an editor once told me, “I know you can go deeper than that.”