Summer camp, waterparks and accessibility should be reality for all 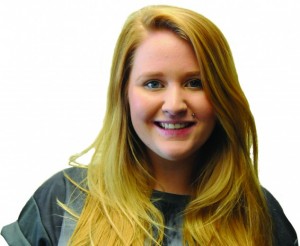 My first personal, and recurring experience with a person in a wheelchair was in the summer of 2013. I was promoted to a special needs counselor at the camp I’d worked at for three summers. To say it was an eye-opening experience is a serious understatement. As a healthy twenty-something with two functioning feet, I could never have grasped the difficulties those confined to a wheelchair face. Though I couldn’t empathize, I sympathized when I became the person pushing the chair.

Over grass, gravel, sidewalk cracks and curbs, a trip to the library on a hot summer day was a test to my fitness. Despite my discomfort, it was like off-roading to the boy in my care. With every bump came a high-pitched laugh. As the summer progressed my coworkers and I wondered, how does anyone in a wheelchair, or with a mobility impairment, maneuver these sidewalks alone?

Unfortunately cracks in the sidewalk were merely a bump in the road when it came to dealing with inaccessibility that summer. Problems developed we wouldn’t solve during multiple trips to the waterpark, and a local campsite for canoeing. Buses became impossible for kids confined to wheelchairs. Still, the most difficult pill to swallow was that nobody cared.

The camp emphasized inclusion but the mere suggestion to those in charge that we spend $200 on a wheelchair accessible bus seemed outrageous, laughable even. When we asked how our kids would get there, the answer was always, “they won’t.”

Having formed bonds with these incredible children, it was nothing short of infuriating. Overall, it was simply unfair. Unfair to the parents who paid for this service, unfair to counselors who had to pretend these trips didn’t exist, and unfair to the kids who were promised inclusion.

In the last week of camp, my program coordinator had finally been given permission to plan a trip specifically for the kids with special needs. After over a month of fighting to fund an appropriate bus we were refused the extra money required and had to settle for something inaccessible.  It took three of us to lift a 100 lb. boy up the stairs and to get him buckled in to the safest seat.

It was unsafe for everyone involved, but after the intolerance the boy had faced over the summer, there was no way we were leaving him behind.

Recently Greyhound passenger Chantal Huinik had to deal with broken wheelchair straps aboard the bus, culminating in her becoming stuck and being removed by firefighters. This occurred on the second bus she boarded after the first was entirely unequipped.

The incident caused Greyhound to reevaluate their wheelchair policies. They’ve vowed to inspect, and replace non-functioning equipment, and require their drivers to undergo accessibility training. It’s a step in the right direction, but only a small step in a long line of issues that needs to be addressed.

Now in the winter, on some sidewalks the only paths are those created by foot traffic, with nowhere near enough room for wheels or a walker.

Remaining sympathetic towards those with less mobility is essential in creating solutions. Changes won’t happen overnight, but in a city like Toronto where less than half of our subway stations offer elevator access, they are essential.