Sustainability is one of Humber College’s core values and it’s planning now to become greener in the future.

From transportation to curriculum, Humber is planning to grow a more sustainable future. 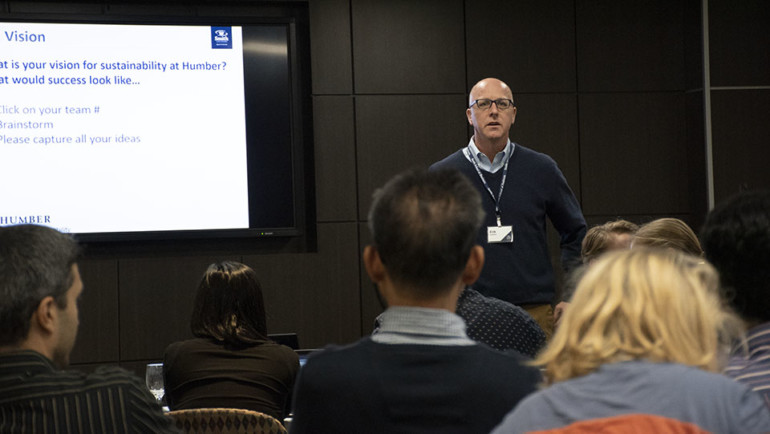 The previous 2014-2019 sustainability plan comes to an end in December and the new five year plan begins in January 2019.

As the new year approaches, Humber is still in the development process of the new plan.

“We aren’t sure what is going to be in the new plan, how it is going to change as it is entirely shaped by idea, contributions, and desires of our community,” said Devon Fernandes, Sustainability Specialist at Humber.

“We highly encourage all members of the Humber Community to have their voice heard and share what they’d like to see done in regards to sustainability at Humber,” he said.

The five year plan is getting shaped from feedback Humber has collected from college stakeholders, including students, staff and facility, who can add their contributions online.

Last year, the five year plan helped to accomplish some of the set goals, such as reducing energy and water consumption on campus and constructing buildings that are more efficient.

Renovating the ones already in the previous plan was also part of the new plan.

“You can have a value and put it in a document. But if you don’t have a plan on how you’re actually going to accomplish it, then it kind of means nothing,” said Lindsay Walker, manager of the Office of Sustainability at Humber.

“Without a plan we don’t know where we are going,” she said.

The community around Humber plays a huge part when making the new plan, Fernandes said.

“They’ll engage and figure out how to do it with us, rather than it just being our office who manages that kind of thing,” he said.

“We want to build our new Sustainability Plan for the next five years and we need students, staff, faculty and the wider community’s help,” he said.